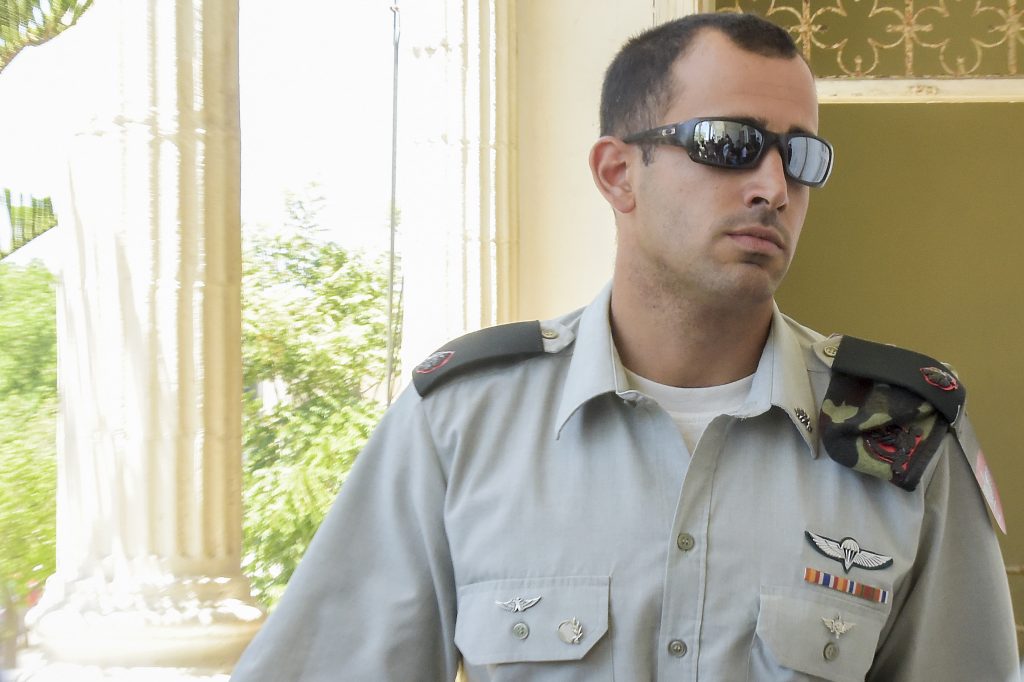 Prime Minister Binyamin Netanyahu said on Monday that “there is no room for such attacks” as those made against the IDF officer who testified against the soldier charged with killing a neutralized Palestinian terrorist Chevron.

Maj. Tom Naaman, the Kfir battalion company commander, told the military court that there was no operational justification for the shooting.

After giving his testimony, Naaman became a target of incitement on social media, where he has been accused of being a “terrorist” and branded a “disgrace to the state of Israel.”

Police arrested one person on suspicion of incitement to violence against Naaman. The man, a resident of Yehuda and Shomron, was taken into custody after posting a message saying that if Naaman had been his commander “he wouldn’t be able to walk on his feet anymore.”

During a Likud faction meeting on Monday, Netanyahu expressed confidence in the IDF to reach a verdict that is “serious and fair” in the case against soldier Elor Azaria, who is charged with manslaughter.

Naftali Bennett told his Jewish Home faction that “just as it was a moral error to have judged Azaria before the military prosecutors did, so it is an error to attack his company commander fulfilling his duty to testify truthfully before the court.”

“Our message is consistent. We don’t try and sentence soldiers before their trial and we don’t attack officers for testifying in court,” Bennett said.

Opposition leader Isaac Herzog said that he had spoken with the aggrieved commander’s mother and reassured her that “for me and for the vast majority of our people, Tom is a son of all of us.”