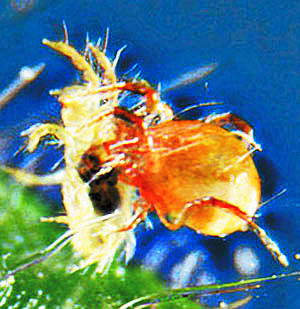 Israel will soon send Russia 500 million bugs – not the listening device kind of bug, but insects, as part of the agricultural aid Israel promised to provide Russia to help develop the latter’s agricultural industry. The insects have been developed by Israeli company BioBee to attack pests that have hampered Russia’s ability to grow sufficient food for its population.

Russia is still under significant European sanctions for its actions in Ukraine and Crimea in recent years. Part of those sanctions prevents the export of fresh fruits and vegetables from Europe to Russia – a fact that has devastated the Russian agricultural market and sent prices on those items spiraling.

As a result, Russia has been pouring resources into developing its agricultural economy, and Israel, world famous for agricultural technology, has been helping. Among the innovations Israel has helped spread in the country are intensive hothouse crop techniques and drip irrigation, both originally developed in Israel. The BioBee insects, grown on Kibbutz Sde Eliyahu, are engineered to destroy pests and then to self-destruct.

Among the bugs being shipped to Russia are bees that have been engineered to protect cherry trees. Those bugs are experimental in nature, and the company is looking forward to seeing the results of their deployment. A company official said that if the experiment is successful, it could help greatly expand the Israeli cherry industry.