Israel INSIGHT: How Gas Could Warm Relations Between Israel and Turkey
Israel 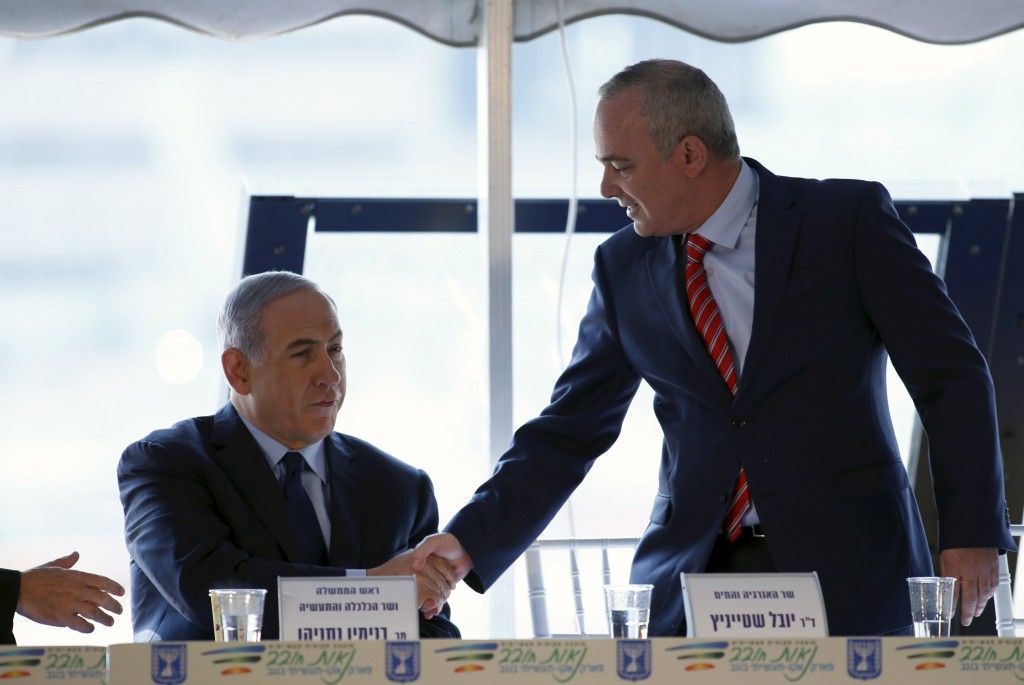 On the sidelines of a nuclear security summit in Washington in March, Turkish President Recep Tayyip Erdogan held a private meeting with Israel’s Energy and Infrastructure Minister, Yuval Steinitz. It was the highest level contact between Israel and Turkey since diplomatic relations broke down six years ago after Israeli forces raided a Turkish ship carrying ammunition bound for Gaza, in which 10 Turkish provocateurs were killed.

The meeting, which lasted 20 to 30 minutes and whose details have not been previously disclosed, discussed the war in Syria, Iran’s presence there, terrorism and natural gas. That last item is a key driver of efforts to forge a rapprochement between Israel and Turkey: At stake are reserves of natural gas worth hundreds of billions of dollars under the waters of Israel and Cyprus. To exploit them Israel will likely require the cooperation of Turkey.

In an interview at his office in Yerushalayim, Steinitz confirmed the Washington meeting. “It was in a very good atmosphere,” he said. “I don’t want to say more than that…. I’m a great proponent of this effort to resume diplomatic relations with Turkey.”

Since the Washington meeting, high-level envoys from Turkey and Israel have talked privately in Geneva and London to hammer out a deal on restoring relations between the former allies. Discussions have at times become bogged down: Israel wants Turkey to cut ties with Hamas representatives based in Turkey; Ankara wants reassurances on providing aid to Palestinians in Gaza, among other things.

A senior Turkish official said he was not aware of the meeting and said it would have been outside normal protocol for a president to meet a minister. Overall, though, Israeli officials believe an agreement can be reached in the coming weeks.

“We have resolved 80 to 90 percent of the difficulties, or gaps, and now with a little bit of goodwill and flexibility on both sides we can reach the remaining items,” Steinitz said. “I think we are pretty close (to normalizing relations).”

There have also been positive noises from Turkey. Turkish Foreign Minister Mevlut Cavusoglu said on June 7 that Ankara was “one or two meetings away” from normalizing ties with Israel. However, he did not put a time frame on the process.

Israel and Cyprus, which have increasingly close ties, sit on an estimated 3,450 billion cubic meters of gas buried in the Levant Basin, according to a U.S. Geological Survey carried out late last decade. Those reserves are worth around $700 billion and equate to enough gas to supply the entire world for a year. And that’s only proven reserves. A recent seismological survey conducted by a French consultancy suggested Israel alone may be sitting on nearly three times as much gas as first thought, according to Steinitz.

The problem is not just the huge costs of drilling for the gas, but finding a route to deliver it to customers. While a portion of the gas would go for domestic consumption, the vast majority is earmarked for export. Unless Israel and Cyprus can lock in long-term export contracts, the costs of developing the deepwater fields will not be covered and the vast assets may never be fully exploited.

Jordan, which has a peace treaty with Israel, may be a long-run buyer of Israeli gas, but is a modest market. Neighboring Lebanon and Syria – both sworn enemies of Israel – are out of the question. Instead, Turkey and Egypt, with 80 million and 93 million people respectively, would be a far better fit as potential long-term consumers.

An initial plan was to send some of the gas to Egypt, which already has small contracts to buy gas from Israel. But in the past year Egypt has discovered natural gas off its coastline and Egyptian President Abdel Fattah al-Sisi has said he will push ahead rapidly with developing its own energy resources.

Steinitz says a deal with Egypt remains an option. But Israel is also turning toward exploring a pipeline to Turkey, both for consumers there and as a connection to Europe. A third option is a Cyprus-Greece-Europe route.

As a result, restoring relations with Ankara is now a linchpin in Israel’s strategy to unlock its natural gas wealth.

“Turkey would very much like to diversify its energy imports and resources,” said Steinitz, when pressed about the restoration of ties between the countries. “They don’t want to be dependent on one source, or two sources of energy.”

Turkey imports the bulk of its gas from Russia. But Ankara’s ties with Moscow are strained, particularly over the Syrian conflict after a Turkish fighter plane shot down a Russian jet last November. In 2015, Turkey trimmed its imports of Russian gas by 300 million cubic meters to around 27 billion cubic meters (bcm) a year, to the annoyance of Moscow.

Yet Turkey’s rapidly growing economy still consumes 50 bcm of gas a year and demand is set to double over the next seven or eight years, analysts say. Diversifying supply will be important.

“They need other sources, reliable sources, of gas,” said Steinitz. “We have an interest to export Israeli gas and to have export options – not to be totally dependent on one country for our exports. So it’s a very good opportunity here.”

Turkish energy companies share that view. Both Zorlu Enerji and a consortium of Turcas and Enerjisa have been in talks with Israel over gas prices and potential pipeline routes, a Turkish industry source told Reuters late last year.

Building a pipeline to Turkey or Egypt is about the same distance, around 340 miles, and about the same cost, around $3 billion. Turkey is more attractive because of its position as a gateway to Europe.

Though Steinitz is hopeful of mending fences with Turkey, regional analysts remain skeptical of a gas bonanza in the East Mediterranean any time soon.

“A lot of the talk is pie in the sky,” said Michael Leigh, a senior fellow at the German Marshall Fund in the United States and an expert on gas discoveries in the East Mediterranean. He believes there are too many political and commercial obstacles to getting the gas out of the seabed and transporting it to markets.

Perhaps the trickiest issue is Cyprus. Since 1974 the island has been split between the Republic of Cyprus in the south and the Turkish Republic of Northern Cyprus, after the Turks invaded following a military coup on the island backed by Greece. There are no diplomatic ties between the south, which is a member of the European Union, and Turkey.

Large amounts of gas are located in the territorial waters of the Republic of Cyprus. If it and Israel are intent on coordinating their export strategy – and if Turkey is to be one of the routes – the divisions in Cyprus must be addressed first, analysts say. That’s because at least part of the pipeline would have to pass through Cypriot territorial waters into Turkish territorial waters.

British and Cypriot diplomats have talked hopefully about a breakthrough on reunifying Cyprus, but it remains far from certain. “We can see that there is an alignment of the stars and momentum from both sides,” said a senior official directly involved in talks. “The prospects are certainly better than they have been in a very long time. But we cannot say there is a deal until everything is in place.”

Even if a deal can be reached, it still may not mean all hurdles are cleared. Leigh, of the German Marshall Fund, pointed out that Erdogan, whose imprimatur is critical to a resolution, has blown hot and cold on the issue.

In relation to exploiting the gas reserves, Leigh added: “A resolution of the Cyprus problem is necessary but not sufficient – you need commercial viability, too.” He is not convinced the Levant Basin is a reliable investment, given the decline in gas prices and the cost of extracting the gas and piping it to markets.

Steinitz remains optimistic, convinced that Israel’s economic stability and energy security depend on developing the country’s gas resources in whatever way possible.

“We are going to do it by hook or by crook,” he said. “We have to overcome all the difficulties and do it, because it is essential for Israel’s future.”