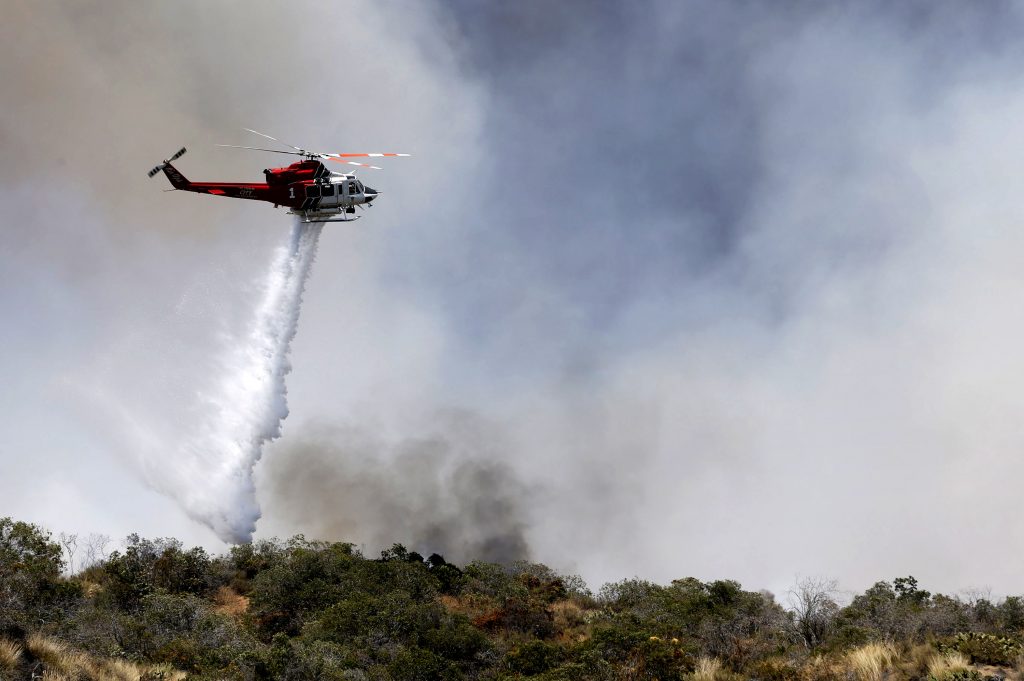 A stubborn wildfire stoked by triple-digit temperatures blazed for a sixth day outside Santa Barbara in coastal Southern California on Monday as crews worked to keep the blaze some have called a “sleeping giant” in check, officials said.

So far, the so-called Sherpa Fire burning in chaparral and tall grass about 20 miles northwest of Santa Barbara has led to the evacuation of hundreds of residents from ranches and campgrounds in the hilly area.

Authorities have considered allowing at least some of those people to return to their homes as they assess a blaze that overnight held at less than 8,000 acres, said Jim Schwarber, a spokesman for the multi-agency team combating the blaze.

The fire, which broke out last Wednesday in the Los Padres National Forest and is 54 percent contained, has been called a “sleeping giant” due to the triple-digit temperatures and bone-dry brush in the area, which has not burned in decades, he said.

“We’re working hard to keep that giant contained so it doesn’t wake up,” Schwarber said.

So far, the blaze has destroyed only one building — a water-treatment center at a campground, he said.

But it has threatened more than 200 structures and forced officials to close the 101 Freeway near the coast of the Pacific Ocean periodically as it has advanced to within less than a mile of the shore.

The more than 1,900 firefighters battling the Sherpa Fire were laboring under scorching heat that has led the National Weather Service to issue an excessive heat warning for California, Nevada and Arizona.

About 200 miles to the south of the Sherpa Fire, firefighters were battling a smaller blaze that started on Sunday in San Diego County near the border with Mexico.

The wildfire just north of Tecate, Mexico, had charred more than 1,900 acres and was only 5 percent contained on Monday, according to the website of the California Department of Forestry and Fire Protection.

Two states away, the so-called Dog Head Fire in a largely unpopulated area of central New Mexico, was at more than 17,000 acres with 9 percent containment on Monday, after the blaze destroyed 24 homes soon after breaking out last week, according to the tracking website InciWeb.gov.