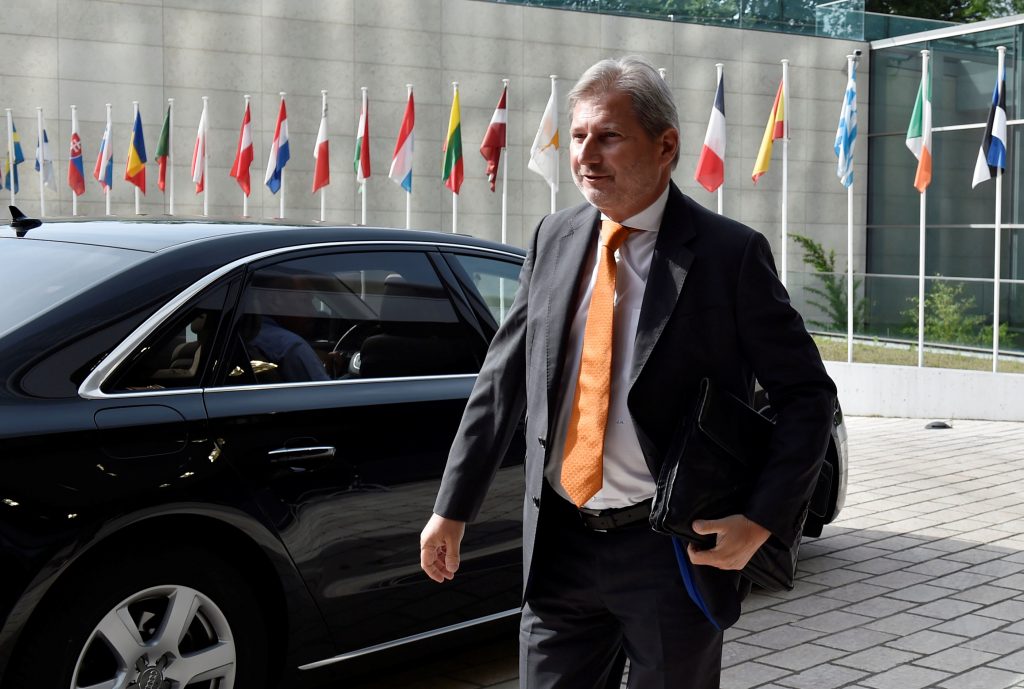 The EU formally endorsed the French Mideast peace initiative at a foreign ministers conference in Luxembourg on Monday.

The European Union’s Foreign Affairs Council, made up of the 28 foreign ministers of the EU countries, adopted a resolution backing the French peace initiative and calling for an international peace conference to restart Israeli-Palestinian peace talks before the end of the year.

“The Council reiterates its support for a just, sustainable and comprehensive resolution of the Israeli-Palestinian conflict, and peace and stability in the region.”

One of the decisions taken by the European foreign ministers was to create a package of incentives for both Israelis and Palestinians prior to the international peace conference before the end of this year. The ministers asked the EU’s foreign affairs apparatus to formulate specific incentives, primarily economic, that could be offered to Israel and the Palestinians to encourage them to move forward with the peace process.

In that regard, they referred to the December 2013 proposal that the EU would upgrade Israel to “special and preferred partner” status.

Israel continues to oppose the French plan, and objected to linking it with the 2014 proposal, insisting that only direct negotiations with the Palestinians can lead to peace.

International support for the initiative has been lukewarm. The U.S. and Russia in particular have been unenthusiastic about France’s bid to become the chief peacemaker.

Ahead of the EU meeting on Sunday in Frankfurt, more than 3,000 people attended a pro-Israel event intended to send a message to the foreign ministers that the French diplomatic initiative is a bad idea.

“This conference is taking place under the shadow of a damaging peace initiative that aims to pressure Israel to make irrational concessions and force Israel to give up its sovereignty in the name of a false peace,” Israel Allies Foundation Executive Vice President Josh Reinstein told the crowd.

“They believe by feeding Israel to the crocodiles they will be eaten last. This conference is our answer to that initiative.”