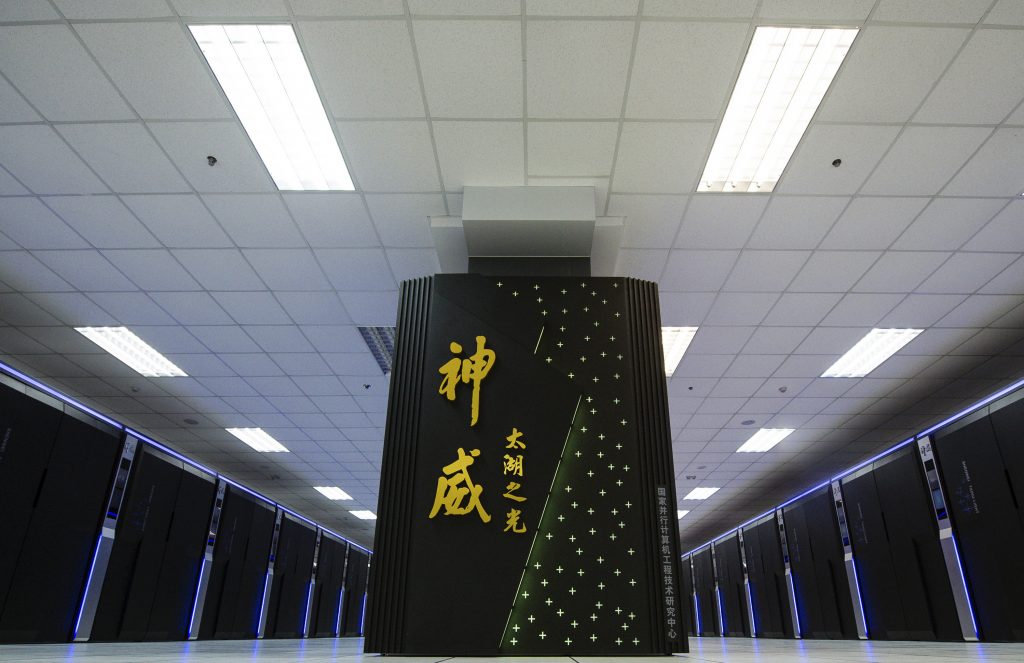 A Chinese supercomputer has topped a list of the world’s fastest computers again this year, and for the first time the winning system uses Chinese-designed processors instead of U.S. technology.

Researchers in the United States and Germany who maintain the TOP500 ranking said Monday the latest unit to top the speed list is the Sunway TaihuLight developed by China’s National Research Center of Parallel Computer Engineering & Technology. It displaced Tianhe-2, another Chinese computer that held the top ranking for the past six years.

Supercomputers, long a field dominated by the United States, are used for weather forecasting, designing nuclear weapons and other specialized purposes.

The Sunway TaihuLight was built entirely with processors designed and produced in China. The Tianhe-2 uses chips made by Intel Corp.