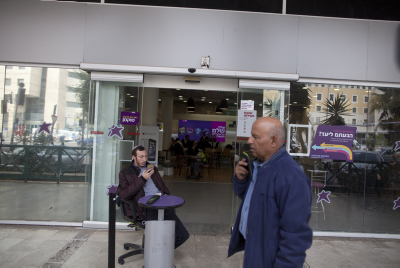 Failure to inform chareidi customers that they had reached the “reasonable use” limits of ostensibly limitless call and data packages cost cell-phone service provider Cellcom NIS 1.5 million ($390,000) in fines. The fines were imposed after MK Rabbi Uri Maklev (United Torah Judaism) contacted the Communications Ministry after receiving dozens of complaints from chareidi customers of Cellcom who were billed for excessive use of packages they were told had no usage limits.

About a year and a half ago, Cellcom began marketing the “no limit” packages to attract customers, in the wake of the defection of large numbers of them to lower-cost competitors. The campaign indeed attracted many new customers – including a large number who subscribed to the company’s “kosher phone” plan, which includes voice and limited data. The plan was supposed to have “no limits” on the use of the plan for phone calls.

However, the contract users signed did contain a limit – and users were expected not to veer from “reasonable use” of the services, although these were never defined. The company arranged to alert customers via text message when they reached this limit – but the kosher plan customers, who did not subscribe to data plans at all, were never informed of this limit.

As complaints mounted over the overcharges, MK Rabbi Maklev was informed by other users that they, too, were victims of the unclear contract language, and complained on their behalf as well. In response, the Ministry imposed a fine of NIS 1,517,260 on the company for misleading customers and violating the terms of its public license.

The company said in advance that it had done nothing wrong and planned to appeal.