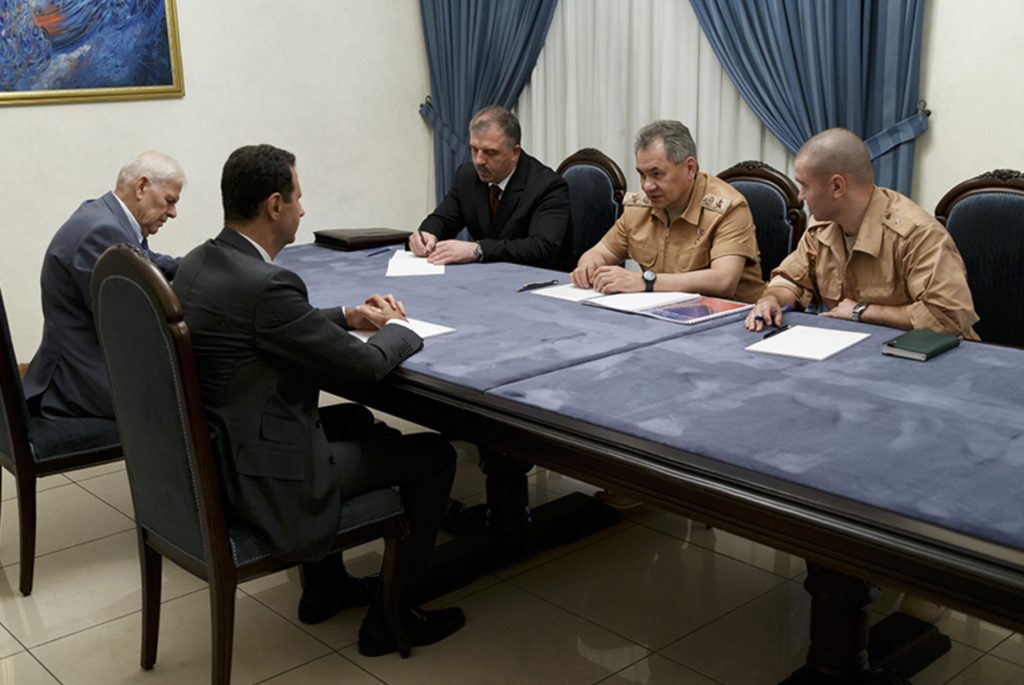 Russia said on Sunday it had reached an agreement with the United States to improve coordination between their military operations in Syria, where they are backing opposing sides of a civil war and launching air strikes.

Russia’s defense ministry said it was pushing Washington to help produce a shared map of the positions of fighting forces to avoid incidents, a day after Washington accused Moscow of attacking U.S.-backed insurgents there.

Moscow’s intervention on the side of President Bashar al-Assad, alongside Western backing for rebel groups opposing him, has raised fears of a wider international confrontation in the war.

Russia’s defense ministry said military officials from both countries had agreed on the need to improve coordination during a video conference. There was no immediate confirmation from Washington.

“The exchange of views about the incident was carried out in a constructive way with the both sides aiming to improve the coordination on fighting the terrorist organisations in Syria and in order to avert any incidents during military operations in this country,” Russian Defense Ministry spokesman Igor Konashenkov said in a statement.

Konashenkov dismissed the allegation, saying the Russian strikes hit about 190 miles away from territory where the United States had said opposition forces were operating.

He said Russia had notified the U.S.-led coalition about the targets it was planning to strike.

“The Russian defense ministry for the past few months has been proposing to its American colleagues to draw a unified map, which would containing information about the location of the forces which were active in Syria. However, no material progress has been made on this issue,” the spokesman said.

Russia, which has been bombing opposition-held areas, is blamed by the opposition and rights activists for causing hundreds of civilian deaths and targeting hospitals, schools and infrastructure in what they say are indiscriminate attacks.

Moscow has repeatedly dismissed the allegations.