World Q&A: What’s Behind Britain’s Wrangling With the EU?
World 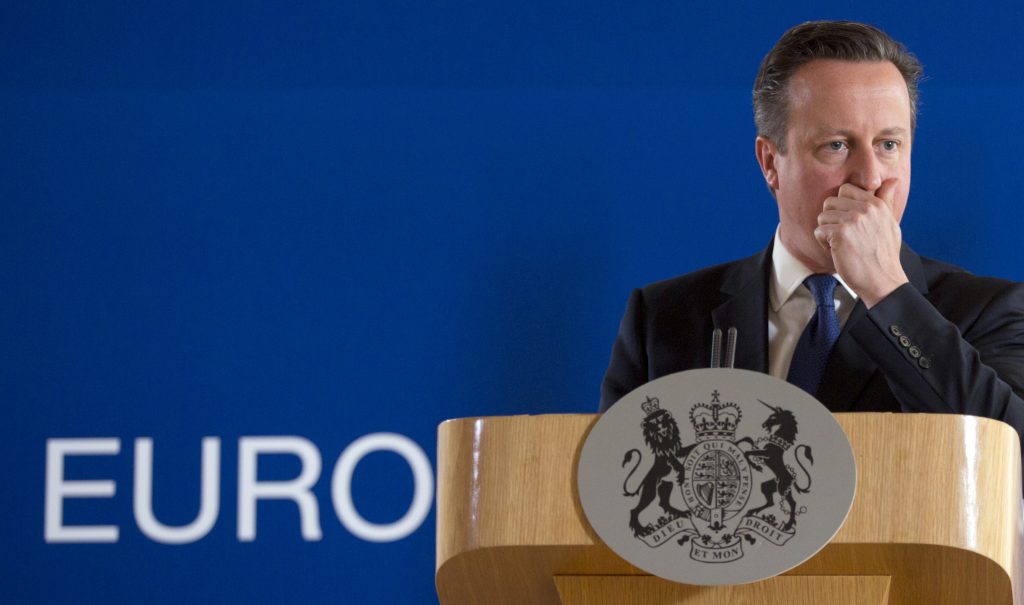 British voters head to the polls on Thursday to decide if the country should stay in the European Union or leave it. With the stakes high and the issues complex, the AP explains the ins and outs of the U.K.-EU relationship.

WHAT IS THE EUROPEAN UNION?

West Germany, France and four other nations formed the European Economic Community in 1957, determined to banish forever the bloodshed of two world wars. The grouping became the EU in 1993 and has grown into a 28-nation bloc of more than 500 million people stretching from Ireland to the Aegean Sea, with substantial powers over member states’ laws, economies and social policies. It has its own parliament, central bank and 19 EU members use a common currency, the euro.

WHY IS BRITAIN CONSIDERING LEAVING?

Britain joined the bloc in 1973, but many Britons feel their island nation — a former imperial power with strong ties to the United States — is fundamentally different from its European neighbors. Anti-EU Britons resent everything from fishing quotas to fruit sizes being decided in Brussels.

The anti-EU view is especially strong in the Conservative Party of Prime Minister David Cameron. It was partly to appease his party that Cameron promised to hold a referendum on EU membership by the end of 2017. The prospect of Britain leaving the EU is known as “Brexit” — short for British exit.

WHY DO SOME BRITONS WANT TO STAY?

Supporters say Britain’s economy and security are enhanced by EU membership. They argue that membership makes it much easier for British companies both large and small to import and export goods to other member countries with minimum hassle. Supporters say being part of the 28-nation bloc gives them many more options and makes it easy for them to live and work in other countries.

Labour Party leaders also argue that European rules and regulations and European courts have improved the way British workers are treated. They say removing these protections could lower living standards.

WHAT ISSUES ARE SHAPING THE CAMPAIGN?

The “remain” side, headed by the prime minister, argues that Britain’s economy would suffer a tremendous blow if the country leaves the trading bloc. This position has been backed by many prominent business leaders who warn of a possible catastrophe.

The “leave” side has focused on concerns about immigration from other parts of the EU since membership in the bloc gives residents of other countries the right to live and work in Britain. They argue that by leaving, Britain can take total control of its borders and set up its own entry rules.

EU leaders have refused to compromise on the EU principle that citizens may live and work freely in other member states. But they have offered Britain an “emergency brake” that will allow it to restrict social welfare benefit payments for a period if it can show its welfare system is under pressure.

The referendum’s outcome is hard to predict, because there is little precedent — Britain hasn’t had a referendum on Europe since 1975. Opinion polls were notoriously inaccurate about Britain’s 2015 election, and vary widely. Some show a lead for the “remain” side, while others put “leave” ahead.