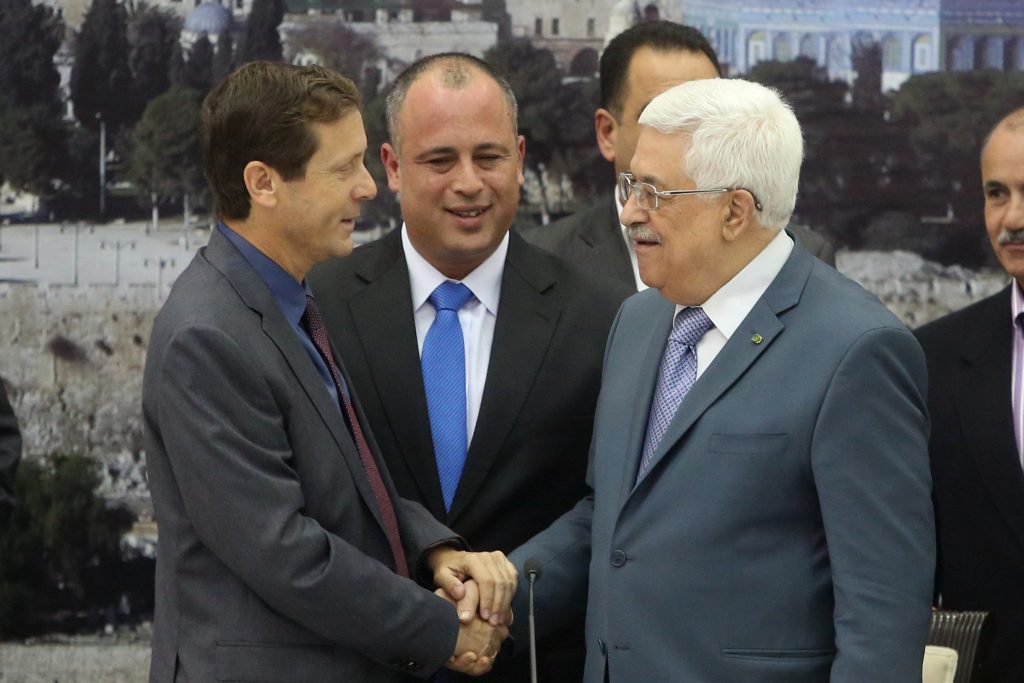 Opposition leader Isaac Herzog agreed to unprecedented concessions to the Palestinians in secret meetings on the eve of the 2015 elections, according Israeli media reports on Sunday.

Herzog reportedly signed a secret letter of understanding with Palestinian Authority President Mahmoud Abbas, in which he agreed to cede 100 percent of the land of Yehudah and Shomron conquered by Israel in 1967 with 4 percent in land swaps, divide Yerushalayim including the Old City and a symbolic “right of return” for Palestinian refugees with financial compensation for the majority.

Regarding Yerushalayim, the letter called for a shared capital under split sovereignty, but that would be administered by a single municipality. The Kosel was to remain under Israeli control, while Har HaBayis would be placed under international supervision.

Herzog did not deny the report. He said in response that “In my contacts with [Abbas] during 2014 I made efforts with the goal of reaching an understanding that would have prevented the wave of terror which I saw coming; [efforts] just like the work I am doing now to prevent this radical right-wing government’s abandonment of the regional conference plan from bringing upon us a new war.”

As for terrorism, the document outlined a joint security ‘mechanism’ composed of Israeli, Palestinian, and Jordanian forces.