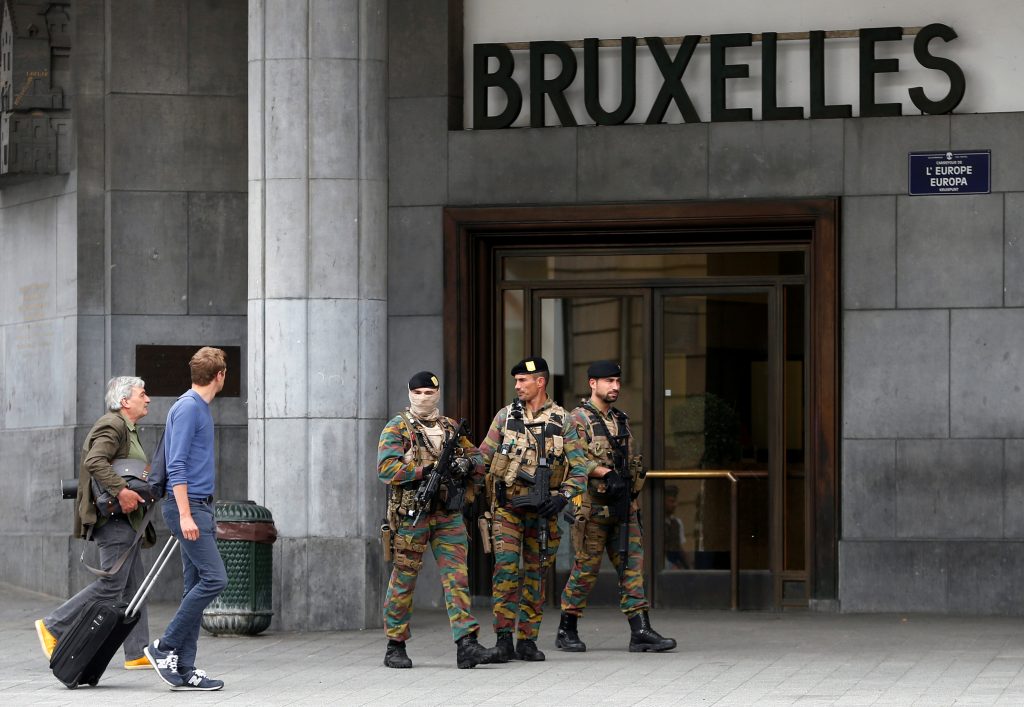 The Brussels central train station was evacuated for about an hour on Sunday because of a suspicious suitcase, amid heightened security fears in the Belgian capital after a huge anti-terror operation led to three men being charged with terrorism offenses.

The suitcase later turned out to be a false alarm but is indicative of Belgium’s high state of alert as the Euro 2016 soccer tournament is underway in neighboring France, three months after Islamist bombers killed 32 people in Brussels.

The three remaining Belgian men who were kept under arrest and charged with “having attempted to commit a terrorist murder and for participation in the activities of a terrorist group” were identified by prosecutors only as 27-year-old Samir C., 40-year-old Moustapha B., and 29-year-old Jawad B.

Belgian media reported that these men have links to the terrorists whom prosecutors believe carried out the Brussels twin bombings in March, brothers Ibrahim (‘Brahim’) and Khalid El Bakraoui, and Najim Laachraoui.

Furthermore, investigators have found links between the Brussels attackers and the Islamist terrorists who killed 130 people in a spate of shootings and suicide bombings in Paris in November.

Without citing sources, RTBF said police listened to phone conversations between the three men in which they said they planned attacks in Brussels over the weekend.

The Belgian federal prosecutor’s office only said that the investigation required immediate action.

After chairing a meeting of the government’s security council on Saturday, Michel appealed to the country to stay calm.

Also on Friday, police arrested and detained a 30-year-old man named as Youssef E.A, a Belgian national, on suspicion of taking part in terrorist activities in connection with the Brussels attacks.

The man worked at Brussels airport and had access to planes on the tarmac, said broadcaster RTBF and newspaper Le Soir, citing judiciary sources.