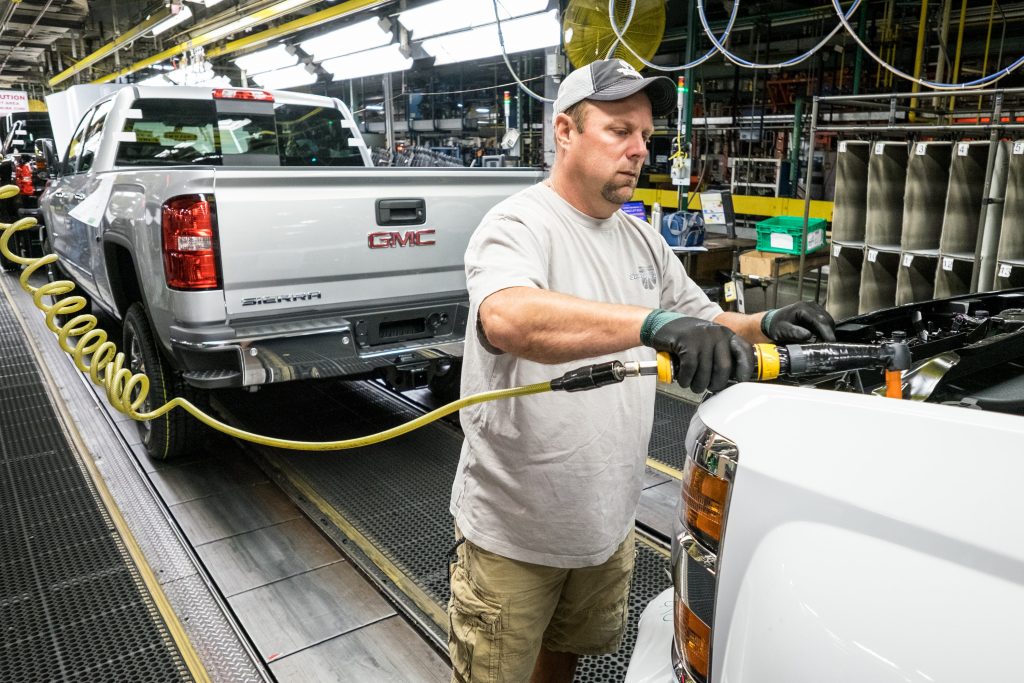 Next month, tens of thousands of U.S. autoworkers will continue working instead of taking their usual summer vacations as demand for pickups, large SUVs and crossovers shows little sign of abating.

“We are working straight through the month of July and currently we have five Saturdays scheduled through the summer,” said Brian Hartman, president of Local 2209 of the United Auto Workers, which represents about 4,000 workers at the GM truck plant in Fort Wayne, Ind. “We have the capacity to produce 505 trucks per day, and we’re right at the brink of that most days.”

For years, General Motors, Ford and Fiat Chrysler pushed and eventually convinced the UAW to have its members all take vacation during the first two weeks of July. The companies could save on utilities, shrink inventories and employ a small crew of skilled trades workers to install new tooling for the next model year during the stretch.

That’s back when GM and Ford each had four or more U.S. assembly plants churning out large pickup trucks. They have fewer such plants today.

Tim Shoup, a worker in the paint shop at GM’s Flint, Mich., truck plant, said he’s going to be off the first week of July but will be back when production resumes with the third shift on July 10.

“They’ve also added a Saturday in July, but they’ve said we may be working 42 Saturdays over the next year,” Shoup said.

So in the near-term, there’s not a big income gain. The UAW has agreed to more flexible work schedules. Three shifts, which most of the pickup truck plants and SUV plants are running, enable around-the-clock production. That also minimizes overtime for individual workers, although Saturday work can earn the overtime premium in some cases.

In a world where GM is promising Wall Street it will make a pretax profit margin of 10 percent or better, these vehicles are the all-stars the Detroit Three’s lineups. The trio of automakers are much more dependent on those segments than their Asian and European competitors, and they don’t want their hot streak of sales to end.

GM sold about 62,700 Chevrolet Silverados and GMC Sierras in May. Not bad, but when compared with year-earlier numbers, those sales represent a 13 percent decline for the Silverado and a 7 percent slide for Sierra. The combined total fell short of the 67,412 F-Series pickups Ford sold.

So this month, Chevrolet began offering up to $8,250 in rebates, or discounted financing, on Silverado. It also unleashed an aggressive ad campaign attacking the durability of Ford’s aluminum-body F-150.