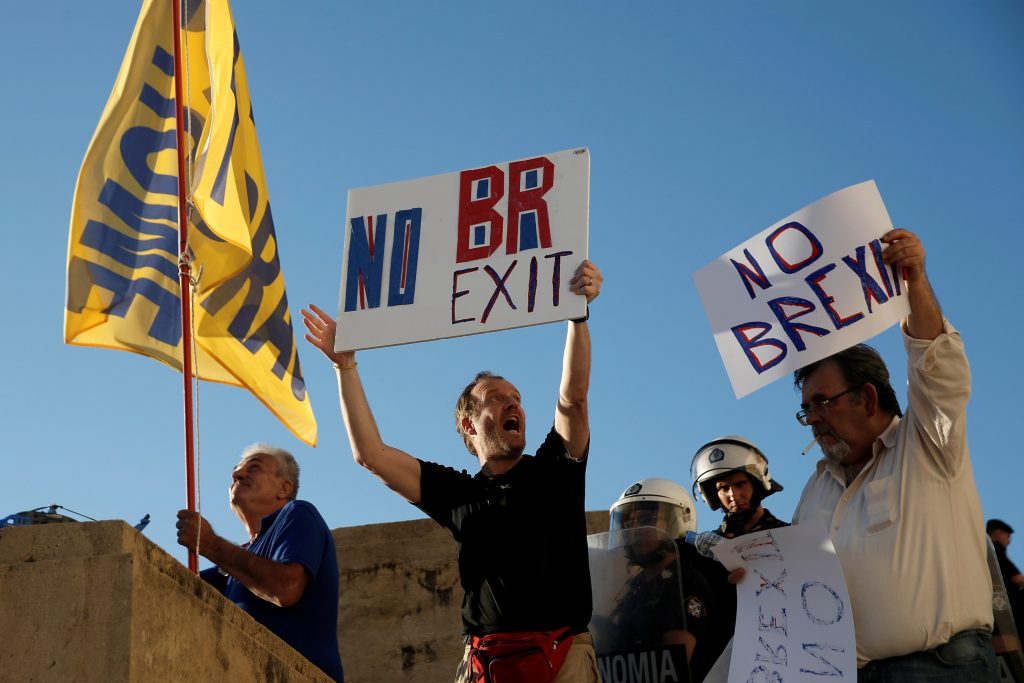 The man charged with shooting and stabbing to death a rising star of British politics gave his name Saturday as “death to traitors, freedom for Britain” during his first court appearance since the killing stunned this nation on Thursday.

Thomas Mair, 52, made the comment when a judge asked for his name in a London magistrate’s court. Mair was officially charged Saturday with the murder of Jo Cox, a 41-year-old member of the center-left Labour Party who had been an outspoken advocate for refugees, immigrants and Britain’s continued membership in the European Union.

Mair’s statement adds considerable weight to the theory that Cox’s killing was a politically motivated, far-right attack just a week before Britain is to vote on the highly contentious question of whether the country should stay in the EU.

Although neighbors and family members have described Mair as apolitical, watchdog groups have unearthed evidence of decades-long affiliations with neo-Nazi and white supremacist organizations.

Prosecutors said Saturday that they had found extreme right-wing literature during a search of Mair’s house, Britain’s Guardian newspaper reported. They also said that Mair told police during his arrest, which came moments after the attack on Cox, that he was “a political activist.”

Mair’s call for “freedom for Britain” echoes the rhetoric of anti-EU campaigners, who have urged citizens to declare their independence from an organization they blame for bringing hundreds of thousands of immigrants to the United Kingdom’s shores.

The referendum campaign was suspended on Thursday afternoon and remained so through Saturday. It is due to resume on Sunday. But amid a national reckoning over the campaign’s hostile and divisive rhetoric, the tone is likely to be far more muted than it was before Cox’s death.

Cox’s family on Saturday made an emotional visit to the town square of Birstall, just steps from where she was slain and where a makeshift memorial of flowers, letters and cards has sprung up.

Her sister, Kim Leadbeater, said her sister would live on through her husband Brendan and “through her truly wonderful children, who will always know what an utterly amazing woman their mother was.”

Leadbeater also said Cox would have approved of the way Britain has responded to her death.

“Over the last 48 hours, people have not been silent. They have been vocal and passionate and have spoken from the heart. Genuine emotion with no hidden agenda. Jo would have loved it,” she said. “We have to continue this strength and solidarity for the days, months and years to come as part of Jo’s legacy. To focus on that which unites us and not which divides us.”