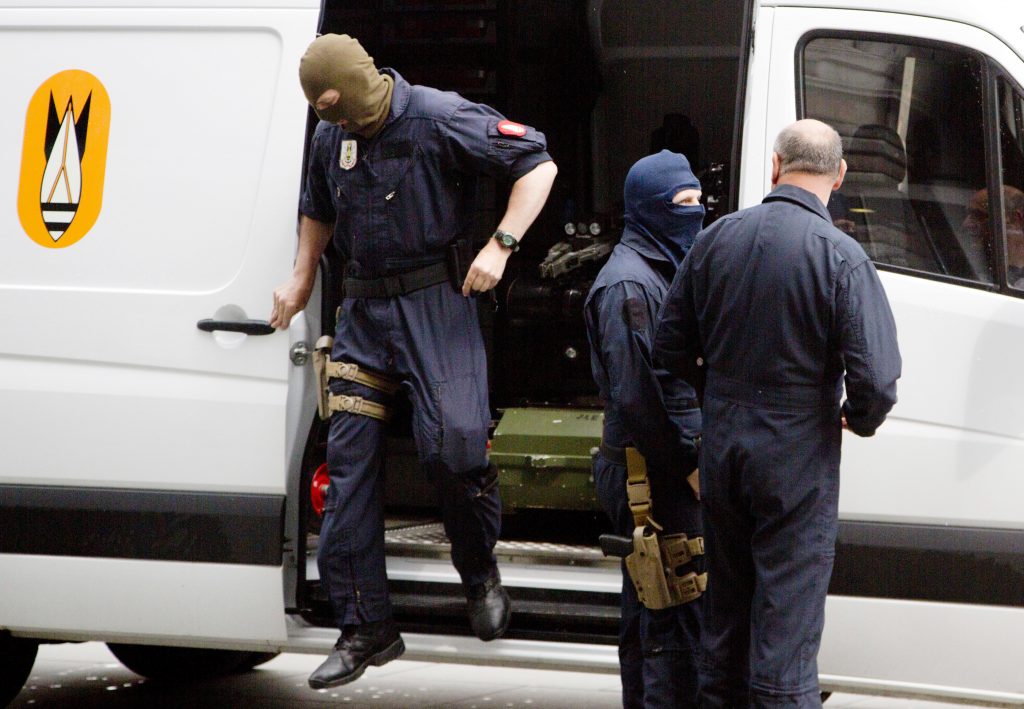 Nine of them were released after questioning but three Belgian nationals identified as 27-year-old Samir C., 40-year-old Moustapha B. and 29-year-old Jawad B., were charged with “having attempted to commit a terrorist murder and for participation in the activities of a terrorist group,” the federal prosecutor’s office said in a statement.

Some media reports said the suspects had planned attacks against participants of the Euro 2016 in Brussels.

Earlier on Saturday, Belgian Prime Minister Charles Michel chaired a meeting of the government’s security council, which includes the ministers of defense, foreign affairs, home affairs and justice, after the raids and said that the events would go on as planned with extra security measures.

“We want to continue living normally,” Michel told a news conference. “The situation is under control.”

“We are extremely vigilant, we are monitoring the situation hour by hour and we will continue with determination the fight against extremism, radicalization and terrorism,” he added.

No weapons or explosives were found during the overnight searches, which also involved 152 garage lockups.

The Belgian crisis center in charge of coordinating security responses decided not to raise the security level to the maximum that would indicate an imminent threat of attack, Michel said.

Michel said extra security measures had been taken for some people but did not name them.