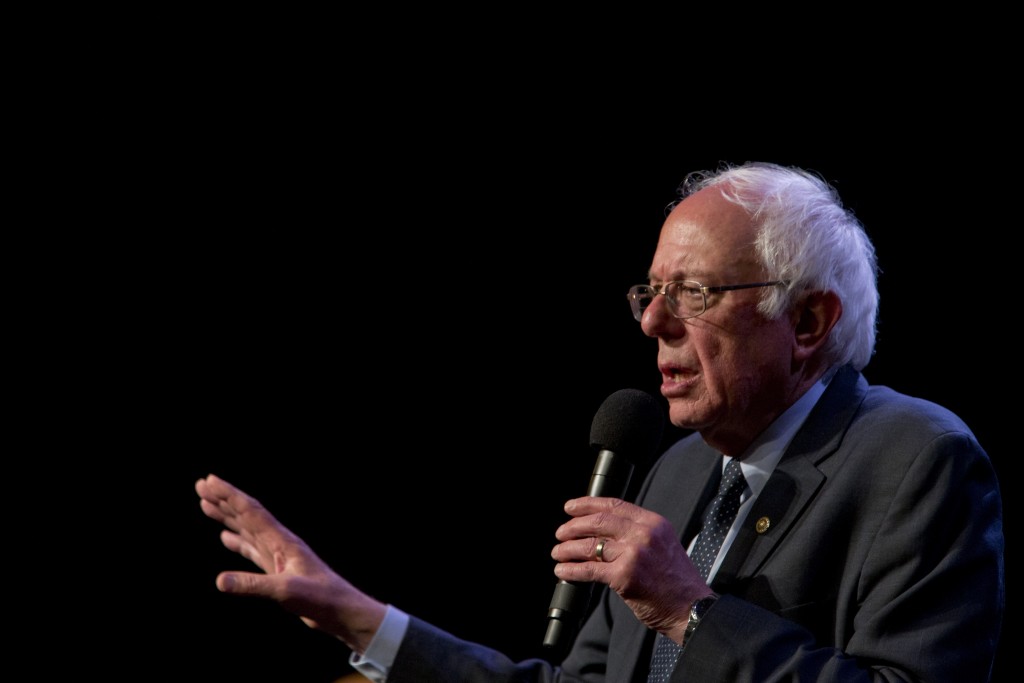 U.S. Democratic presidential candidate Bernie Sanders said Thursday in an address to his supporters that he will work with Hillary Clinton to transform the Democratic Party, adding that his “political revolution” must continue and ensure the defeat of Republican Donald Trump.

Sanders said in an address to his political followers that the major task they face is to “make certain” Trump is defeated. The Vermont senator said he plans to begin his role in that process “in a very short period of time.”

“But defeating Donald Trump cannot be our only goal. We must continue our grassroots efforts to create the America that we know we can become,” Sanders said, pointing to his 1,900 delegates at the upcoming Democratic National Convention in Philadelphia.

Sanders spoke from his Vermont hometown a week after Clinton secured enough pledged delegates and superdelegates to become the presumptive nominee. He did not concede the race, nor did he refer to Clinton as the likely nominee, instead offering a lengthy list of policy proposals he hopes to see approved by the party.

The two rivals met Tuesday night at a Washington, D.C., hotel to discuss policy goals and future plans. Sanders said that while it is “no secret” that he and Clinton have “strong disagreements on some very important issues,” it was “also true that our views are quite close on others.”

He said he looked forward to additional talks between the two campaigns to ensure that his supporters’ voices are heard and the convention adopts “the most progressive platform” in the party’s history.

Sanders said he anticipated working with Clinton “to transform the Democratic Party so that it becomes a party of working people and young people, and not just wealthy campaign contributors.”

The speech — which could be Sanders’ final address before the summer convention — was viewed by more than 200,000 people, according to the campaign. It sought to shape his legacy as a one-time “fringe” candidate who generated a massive following through sprawling rallies and who threatened Clinton for the nomination.

Looking ahead to the convention, Sanders said the party must support a $15-an-hour federal minimum wage, pay equity for women, a ban on the sale and distribution of assault weapons and a defeat of the Trans-Pacific Partnership trade deal.

Sanders thanked his supporters for providing more than $200 million in donations, most in increments of $27, and rattled off what they had accomplished: 1.5 million people who attended his rallies and town meetings and more than 75 million phone calls from volunteers “urging their fellow citizens into action.”

He encouraged his followers to consider running for political office up and down the ballot as a way to prevent Republicans from controlling state and local government. And he made clear that he intends to leave his imprint on the fall campaign and beyond.

“We have begun the long and arduous process of transforming America, a fight that will continue tomorrow, next week, next year and into the future,” he said.