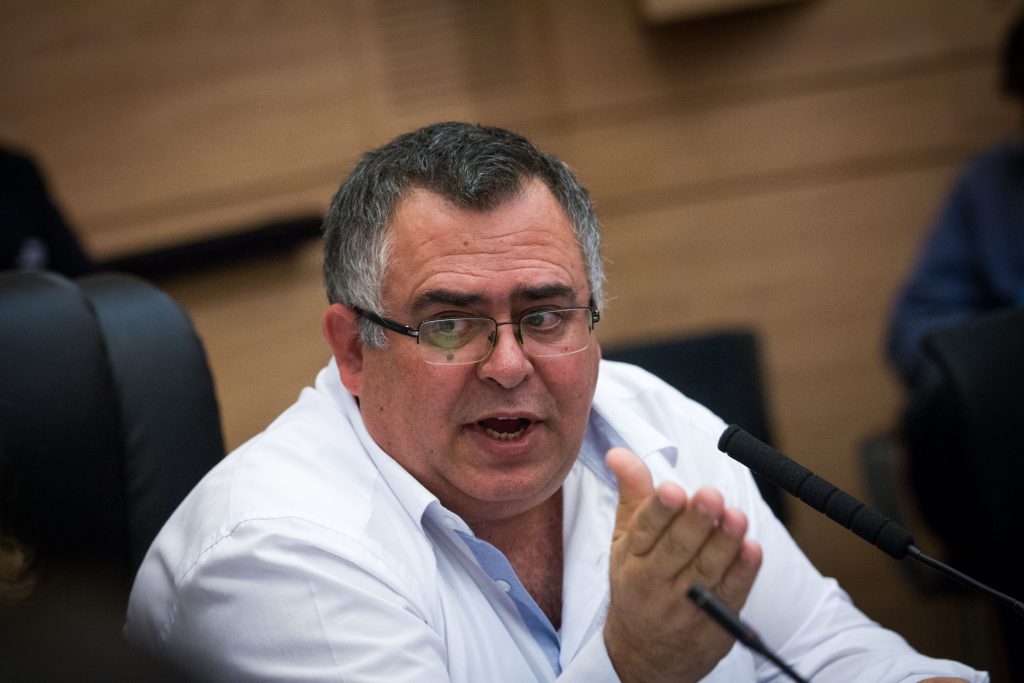 After speeches by Moshe Yaalon and Ehud Barak Thursday slamming the policies of the government, the Likud released a statement slamming this year’s Herzliya Conference, the venue for those speeches. “The Herzliya Conference this year was the primaries event for the ‘party of the losers and the disappointed’ seeking a savior on the left. Those who found themselves outside the political system stand behind the microphone and give fiery speeches advocating the opposite of what they advocated when they were in power,” the statement said.

In his speech, Barak, a former Defense Minister during Prime Minister Binyamin Netanyahu’s previous government, accused the government of fostering policies that would eliminate the possibility of a two-state solution – a development Barak sees as fatal to Israel. “Prime Minister Netanyahu’s policies will turn us into either a binational state or an apartheid state,” he said. “Within a generation or two Jews will be a minority, and there will be a high likelihood of a civil war. It will be the end of Zionism.”

Netanyahu, said Barak, was sowing fear in order to “control” Israelis. “Using the fearmongering about our alleged weaknesses, the government and those that lead it have succeeded in pushing their agenda.” Netanyahu, he added, was “inciting the entire world against us, and he is tearing apart Israeli society from the inside. He is causing an entire generation of young Jews in the US to turn their backs on us. As a former IDF Chief of Staff who for many years headed Israel’s security system, I can tell you that despite the many dangers we face, which cannot be ignored, there is no strategic threat to Israel’s existence.”

Barak’s speech echoed one given by former Defense Minister Moshe Yaalon earlier at the Conference. “As one who knows the security threats to Israel in detail, as well as the capabilities of the IDF; as one who closely observed intelligence and information about our enemies; as one who spoke regularly with generals and military officials – I can tell you in no uncertain terms that Israel does not face a threat to its existence,” Yaalon said. “The State of Israel is strong, the strongest country in this region. It would be worthy for the leadership to stop speaking as if we are on the verge of a second Holocaust. They are doing this for the wrong reasons, for twisted reasons.

“It is true that we have not achieved full peace yet, and it is impossible to know what a new day in the Middle East will bring,” said Yaalon. “The events each day challenge us.” Such challenges require new and creative thinking that the current government is incapable of, he added.

Yaalon also announced that he planned to run for leadership of Israel in the coming election. Speaking at the Herzliya Conference, Yaalon said that country needed “more worthy leadership,” and he believed he could supply it, instead of the “scare stories” about a second Holocaust. “Last month I resigned as Defense Minister and from the Knesset,” Yaalon added. “I made it clear then that I would return to public service. I intend to do that and seek the Prime Minister’s office in the next election.”

Commenting on Yaalon’s announcement, Netanyahu said that Yaalon was not to be believed. “You cannot express faith in leadership when you are part of it and express the opposite when you leave,” he said. “True leadership does not deny threats, he sees them and prepares to deal with them.”

Speaking on Army Radio Friday, MK David Bitan, chairman of the coalition, said that Yaalon and Barak had no right to speak as they did at a policy conference like the one in Herzliya. “They do not have even minimum respect for the Prime Minister, and they really have no right to speak, considering both of them worked for Netanyahu and never spoke up then,” he said. “Now that they want to run in the elections they are talking. We need to stop giving them a platform for this.”