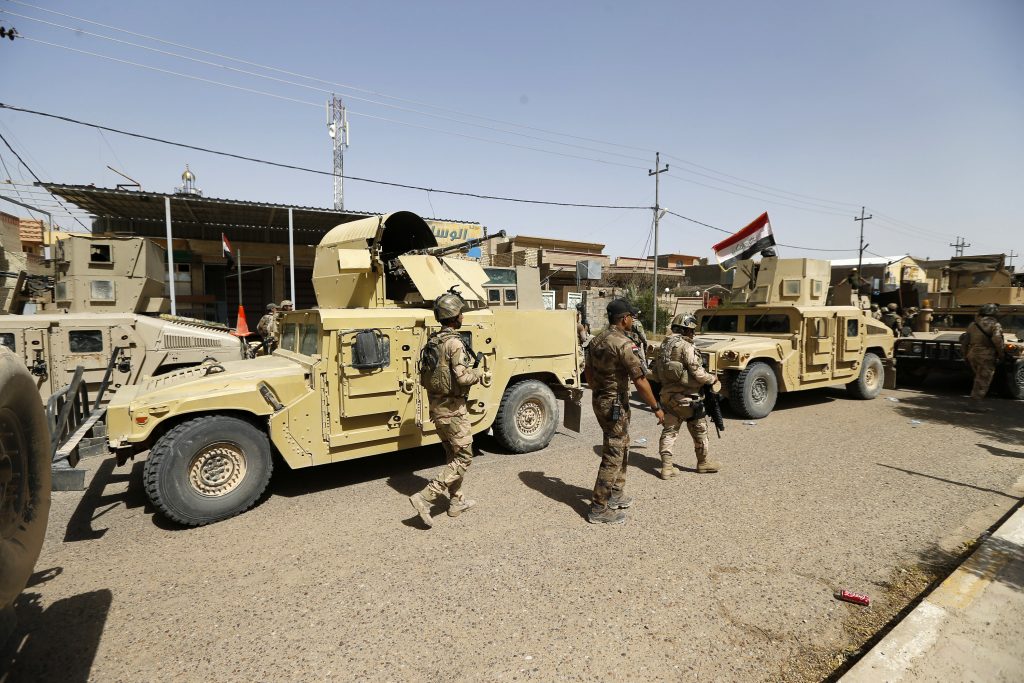 Iraqi special forces entered the center of Fallujah city early Friday, taking over a government complex and a neighborhood that served as a base for Islamic State terrorists after intense fighting, a commander said

Commander Brig. Haidar al-Obeidi, of the special forces, told The Associated Press that his troops are now besieging the nearby central hospital, clashing with IS snipers in adjacent buildings. He said that according to intelligence, the group has set up a command center on the hospital’s third floor.

It is not clear where the patients in the hospital are, if there are any, al-Obeidi said.

Aid groups estimate that 50,000 civilians remain trapped inside Fallujah, which has been under IS control for over two years. It is the last major city in western Iraq to be held by the terrorist group.

“Iraqi forces are now in the center of the city. They had not been there since the beginning of 2014,” al-Obeidi told AP. He said IS fighters “collapsed,” suggesting that most of them fled after the Iraqi forces moved in on al-Nazzal neighborhood.

Al-Obeidi said there were no civilians in al-Nazzal neighborhood.

He said that troops entered the city center around 6 a.m. local time (0300GMT) after intense fighting with IS, and with air support from the US-led coalition and Iraqi air force. Iraqi forces are now clearing roadside bombs near the government complex, which includes the municipality offices that IS had torched, the police station and other government buildings. Troops are also clearing the highway west of the city, linking it to Baghdad, al-Obeidi said.

He said there were no plans yet to storm the hospital.

The United Nations has said that about 42,000 people have fled since the military operation against Fallujah began in late May. Aid groups such as Doctors Without Borders and the Norwegian Refugee Council say the number of those who have fled Fallujah is lower, closer to 30,000.

The conflict in Iraq has forced more than 3.3 million people to flee their homes. Iraq is also hosting up to 300,000 refugees who have fled the civil war in neighboring Syria. Most are living in camps or informal settlements.