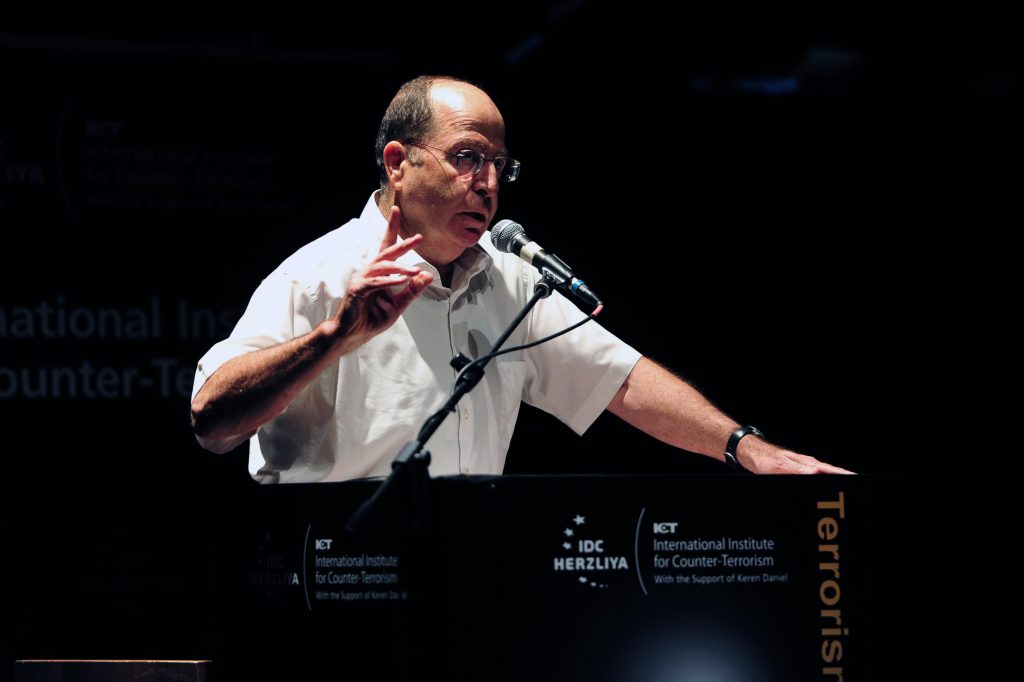 Former Defense Minister Moshe Yaalon accused the government of needlessly scaring Israelis with threats of war, in a speech to the Herzliya Conference on Thursday.

“At this point, and in the foreseeable future, there is no existential threat facing Israel. Thus, it is fitting that the leadership of the country stop scaring the citizenry and stop giving them the feeling that we are standing before a second Holocaust,” Yaalon declared in his first public address since resigning from the Defense Ministry on May 20.

Yaalon confirmed reports that he will seek “national leadership” in the next elections.

He argued that the national security priorities are skewed.

Regarding Iran, he stated that it poses no immediate threat, saying that its nuclear program will “be frozen in light of the the [nuclear] deal signed [by world powers and] does not constitute an immediate, existential threat for Israel.”

Netanyahu’s Likud party responded by accusing Yaalon of flip-flopping on his positions.
“Just a few months ago he said Iran is an existential concern for Israel; today when turned into a politician at the Herzliya Conference, he said that Israel faces no existential threat,” the party said in a statement. “It’s funny how quickly Yaalon changed his hide.”