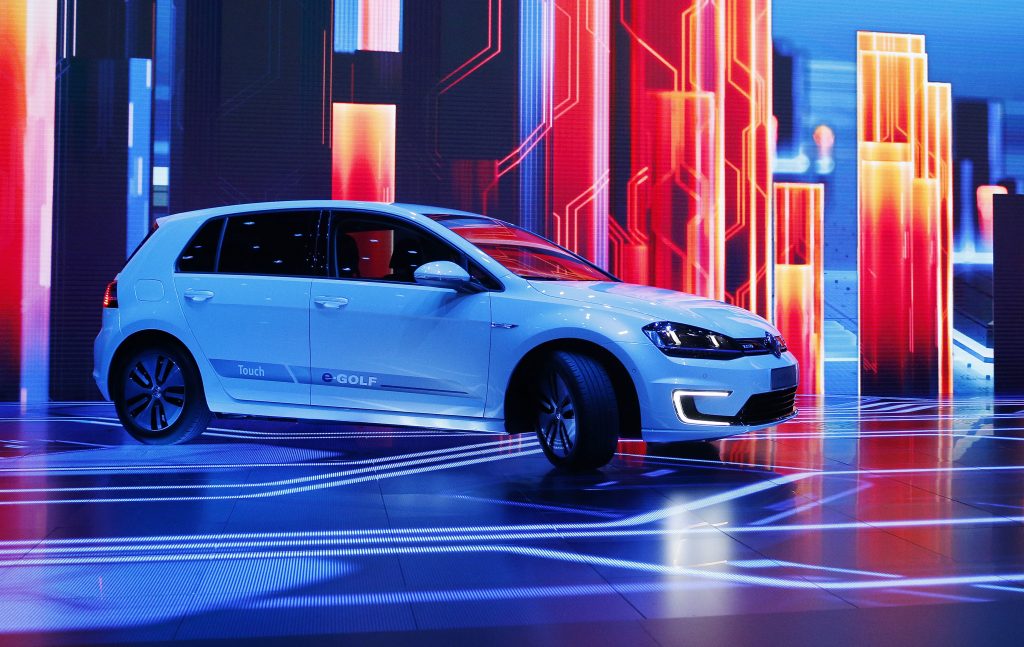 German automaker Volkswagen plans to ramp up its offerings of electric vehicles as it fights to bounce back from a scandal over diesel cars rigged to cheat on emissions tests.

The electric-car campaign is part of a wide-ranging review of the company’s strategy that also includes making the company’s management more open and trustworthy.

CEO Matthias Mueller said Thursday the company plans to introduce more than 30 electric-powered vehicles by 2025, and to sell 2 to 3 million of them a year. Mueller made the statement as the company made public the results of a prolonged soul-searching triggered by the scandal that erupted in September 2015. The new plan, dubbed “Together – Strategy 2025” includes a focus on digital mobility, which could include things like car- or ride-sharing apps; more open management; and stronger profitability.

In particular, the company also set as a goal increasing the profitability of the core Volkswagen brand, which is barely making money. Mueller said the company intended to increase operating profit margins from the current 6 percent to 7-8 percent by 2025.

The company also sought to make its management more open and less convinced it knew best how to do things without consulting partners or outside advice.

“Our most important currency is trust,” Mueller said at a news conference at the company’s Autostadt, or Auto City, the visitor center next door to its headquarters in Wolfsburg, Germany. He acknowledged the difficulty of winning back public confidence after the scandal.

Mueller said the company would need more electric vehicles to meet increasingly tight government limits on emissions of carbon dioxide, the greenhouse gas blamed by scientists for global warming, and other pollutants. He said, however, that the company would keep a major focus on developing and selling internal-combustion engines.

Volkswagen bet heavily on diesels to meeting emissions goals. But that strategy suffered a blow after the company was discovered to have met emissions tests using engine control software that turned emission controls on when the car was on a test stand and turned them off in everyday driving. The company is currently working out a settlement with U.S. authorities in federal court in San Francisco to repair or replace some 500,000 cars with the problematic software. Some 11 million cars were sold with the software worldwide.

The company has set aside at least €16.2 billion  ($18.1 billion) from last year’s earnings to cover the costs of recalls and repairs. Mueller said Thursday that he had no reason to increase that sum based on what he knows now, but that that could change after the U.S. settlement is finally agreed.