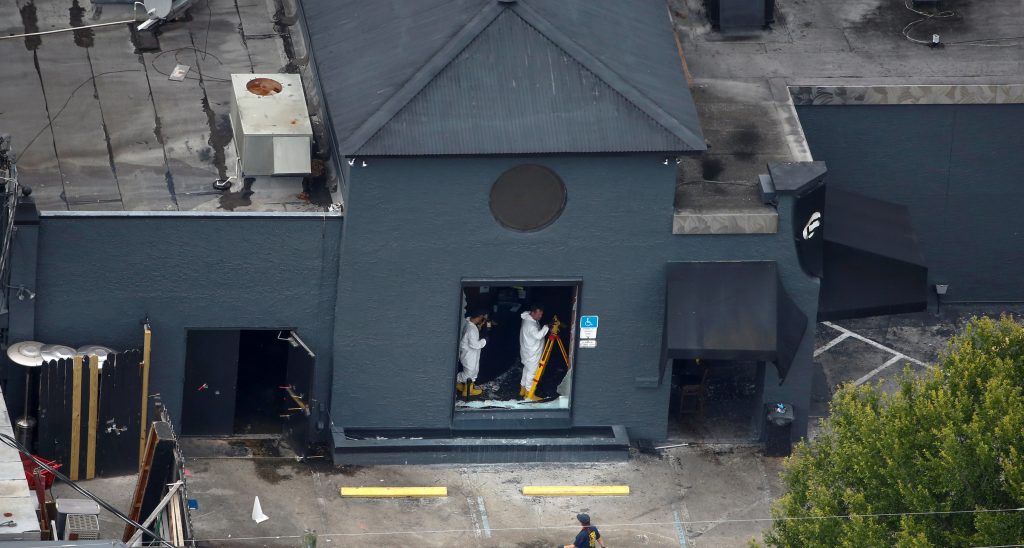 Muslim-Americans have repeatedly informed authorities of fellow Muslims they fear might be turning to extremism, law enforcement officials say, contrary to a claim by presumptive Republican presidential nominee Donald Trump this week.

“They don’t report them,” Trump said in a CNN interview on Monday, in the wake of the mass shooting in Orlando by an American Muslim who claimed allegiance to the Islamic State terror group. “For some reason, the Muslim community does not report people like this.”

But FBI director James Comey said, “They do not want people committing violence, either in their community or in the name of their faith, and so some of our most productive relationships are with people who see things and tell us things who happen to be Muslim.

“It’s at the heart of the FBI’s effectiveness to have good relationships with these folks,” Comey said at a press conference following the Orlando shootings.

Andrew Ames, a spokesman for the Federal Bureau of Investigation’s Washington field office, told Reuters on Wednesday that the agency has a “robust” relationship with the local Muslim community. FBI agents operating in the area have received reports about suspicious activity and other issues from community members.

Michael Downing, deputy chief of the Los Angeles Police Department and head of its Counterterrorism and Special Operations Bureau, said the city’s Muslim community has been cooperative in reporting “red flags.”

Charles Kurzman, a professor at the University of North Carolina, Chapel Hill, who has conducted several studies on Muslim-Americans and terrorism, disputed Trump’s criticism.

“To claim there is no cooperation is false and defamatory to the Muslim-American community,” Kurzman said.

Kurzman said a January 2016 study by himself and colleagues at Duke University’s Triangle Center on Terrorism and Homeland Security found that many law enforcement agencies had made progress in establishing trust with local Muslim-American communities.

But the study also found some tensions. In one focus group described in the study, Muslim-American participants debated when to report activity when they were unsure how to detect imminent violence.

“The group participants expressed concern that police would be more likely to encourage a plot in order to make an arrest,” the authors wrote, “rather than to divert people onto a nonviolent path that community members and family members would prefer.”

One imam interviewed for the project told researchers he felt that his “trust is not being reciprocated” by U.S. government officials.

The imam told the researchers that after he attended a meeting with federal law enforcement officials designed to increase cooperation, he went to the local airport, was held for hours at security and missed his flight, the study said.

A Reuters review of court records also produced examples of Muslim-Americans informing law enforcement of possible radicalization within their families.

Suspecting that her then 17-year-old son, Ali Amin, was radicalizing, Amani Ibrahim followed the advice of a local imam and reported her fears to law enforcement officials, according to court records. In August 2015, Amin was sentenced to 11 years in prison for conspiring to provide material support to Islamic State after he helped a schoolmate travel to join the terror group.

In 2014, the sister of Abdi Nur contacted Minneapolis police to report her younger brother missing. She later showed federal agents messages she received, in which he said he had “gone to join the brothers” and promised to see her in the afterlife. Nur has been charged with conspiracy to provide material support to a foreign terrorist group, but is still at large.

And in 2014, Adam Shafi’s father, Sal Shafi, told officials in the U.S. embassy in Cairo that he was worried his son was radicalizing after Adam went missing during a family trip in Egypt.

Adam Shafi soon rejoined his family, but was arrested in July 2015 after trying to board a flight to Turkey from San Francisco airport. He was charged with attempting to provide material support to al-Nusra Front, an al-Qaida linked group in Syria.