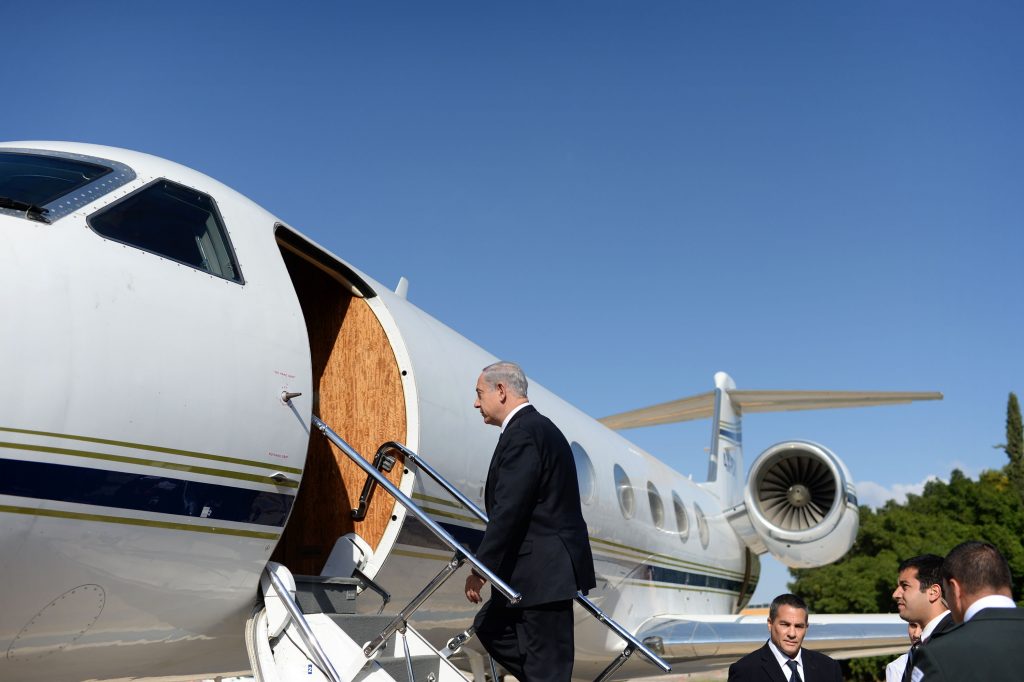 Israel’s Prime Minister Binyamin Netanyahu spent more than $600,000 of public funds on a six-day trip to New York, including $1,600 on a personal hairdresser, according to a newly released expense report.

Attorney Shachar Ben Meir obtained the expense report after suing Netanyahu’s office and the Foreign Ministry. He said that he requested the information in late October from Netanyahu’s office and was then referred to the ministry. After he was told to wait for three months, he sued both offices in a Yerushalayim court.

“It’s my money and I want to know what is being done with it,” he said.

The report, which he shared with The Associated Press on Thursday, threatened to reinforce the unflattering reputation Netanyahu and his wife, Sara, have gained for enjoying an expensive lifestyle out of touch with common Israelis.

It did not include charges for Sara Netanyahu on the trip. Police already have recommended that she be indicted for inflated household spending and misusing state funds on private meals and care for her ailing father.

Last month, an Israeli labor court awarded $30,000 in damages to a former employee of Mrs. Netanyahu who claimed he faced yelling and unreasonable demands.

In 2013, the premier was chided for spending $127,000 in public funds for a special sleeping cabin on a flight to London. He also ran up a $2,700 bill that year for ice cream, mostly vanilla and pistachio.

The court documents note that the trip also incurred a charge of $1.5 million for a flight, although it did not specify whether the flight was for the Netanyahus only or for staff as well.