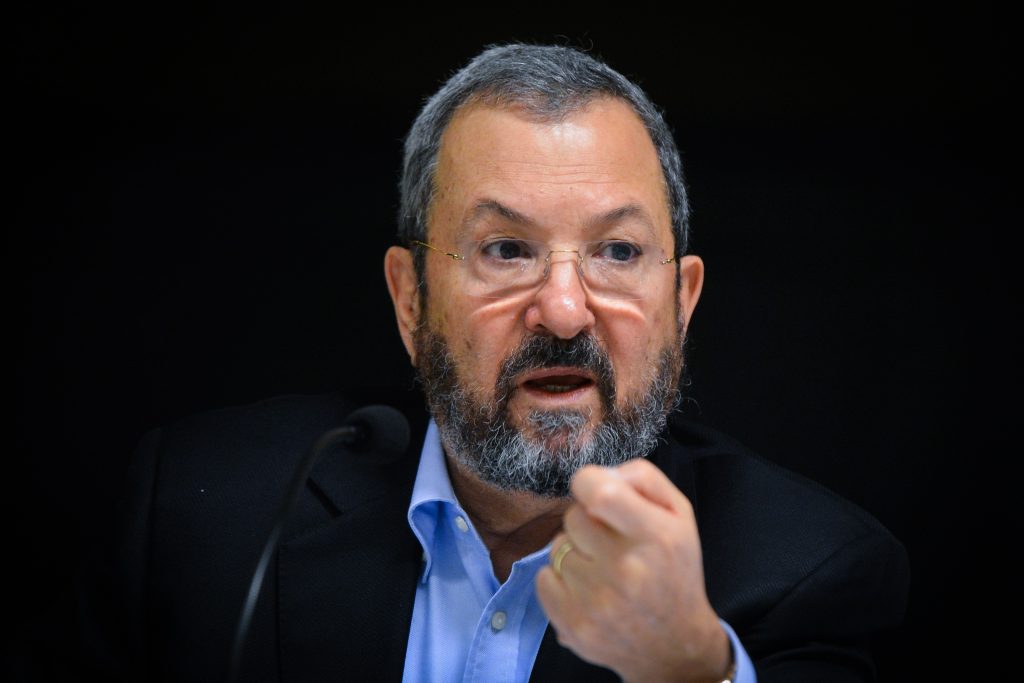 Former Prime Minister Ehud Barak used the prestigious Herzliya Conference as a forum to call for toppling the Netanyahu government on Thursday.

Barak claimed that there has been “a hostile takeover” of the government. “The agenda of the right-wing government, the use of scare tactics and threats has become the leading way,” he said. “Netanyahu is responsible for the actions of his hijacked government.”

In response, Agriculture Minister Uri Ariel (Jewish Home), one of the right-wingers Barak had in mind, accused him of refusing to accept the will of Israel’s voters. “Ehud Barak refuses to recognize Israeli democracy and Israel’s citizens’ choice of a nationalist government,” he stated.

“Israel has still not recovered from Barak’s short but failed premiership, and here he is threatening to topple the government,” Ariel said. “He’s like a pyromaniac who started a big fire and then gives advice about how to put it out.”

On Thursday evening, Netanyahu responded to accusations of fear-mongering leveled at him earlier in the day in Herzliya by former Defense Minister Moshe Yaalon, referring to them as “political attacks that should be paid no mind.”

Referring to an apparent reversal in Yaalon’s position on Iran, Netanyahu said:

“Security is a serious matter. You can’t say at a conference in Munich four months ago that Iran is an existential threat to Israel, and today at the Herzliya Conference say that Iran is not an existential threat to Israel. You can’t express complete trust in the leadership when you’re part of it, and say the complete opposite when you’re out,” Netanyahu said.