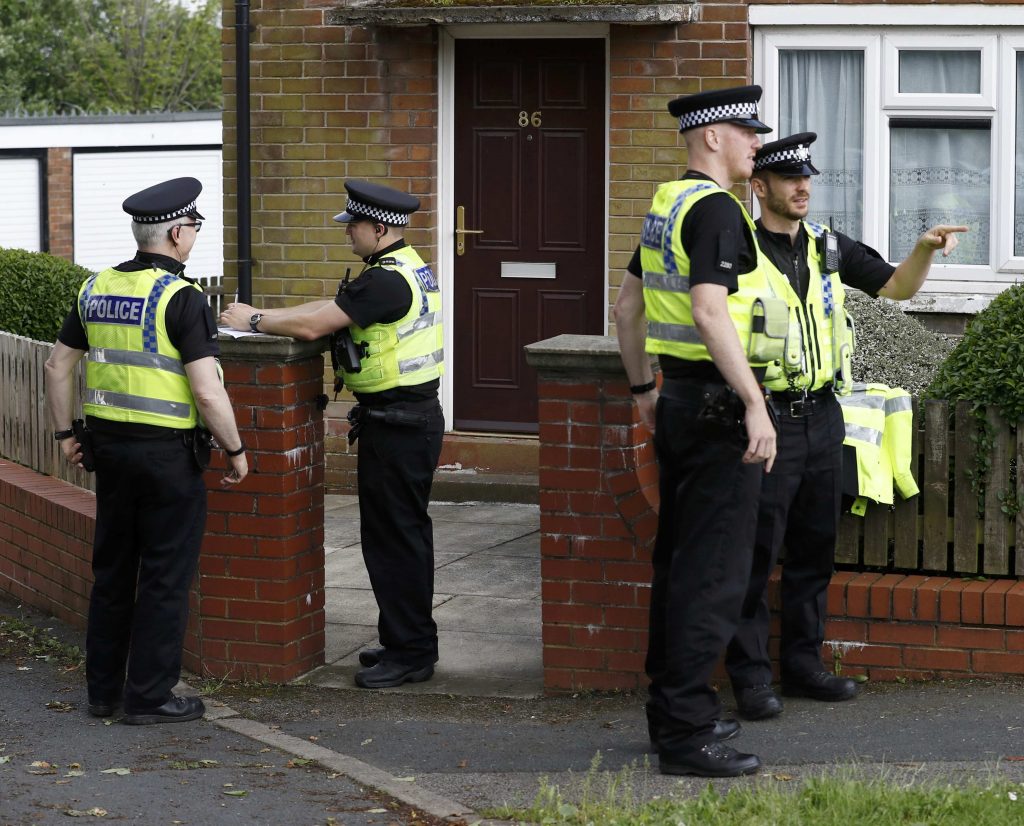 A member of Britain’s Parliament was shot and stabbed to death Thursday in an attack that stunned the nation and brought to an immediate halt the country’s European Union referendum campaign just a week before the vote.

Police did not provide a motive for the killing. But British media organizations including The Guardian and Sky News quoted witnesses as saying that the assailant shouted “Britain First!” during and after the attack — a slogan linked to anti-immigrant groups.

Police officials in the northern English region of West Yorkshire said Jo Cox, a 41-year-old member of the center-left Labour Party who has been outspoken in advocating for civilian victims in Syria, was pronounced dead an hour after she was assaulted outside a library near the city of Leeds.

Police officials said they believed that a 52-year-old man who was taken into custody was responsible for the attack, and they did not believe there were accomplices.

Residents identified the suspect to the BBC and other media as Birstall resident Tommy Mair. Neighbors said Mair was a quiet man who did gardening jobs for local people.

Britain First is the name of a far-right group that stages provocative anti-Muslim demonstrations. Following Thursday’s attack, the organization posted a statement on its website denying involvement, and saying it “would never encourage behavior of this sort.”

Witnesses told British media that the assailant appeared to have been waiting for Cox outside a library in the town of Birstall, where she had been meeting constituents. He targeted her with a gun that was either homemade or antique, as well as with a knife. He continued to stab and kick her even after she had fallen to the ground, bleeding.

The killing shook Britain to the core, and prompted an outpouring of grief from across the political spectrum.

Gun attacks in Britain are rare, and members of Parliament do not customarily have security protection. British gun control restrictions are extremely tight, and firearms are considered difficult to obtain.

Before Cox’s death was announced, the West Yorkshire police department said in a statement that a woman in her 40s — who was not identified — was in critical condition following an attack just before 1 p.m. local time. The police said a man was slightly injured. Witnesses said the man had attempted to stop the shooter.

The BBC broadcast a picture that it said showed the moment the suspected assailant was arrested. He appears to be a white male dressed in a gray T-shirt and black pants.

The attack came as the country heads into the homestretch of a campaign to determine whether to stay in the European Union, with a vote scheduled next Thursday.

Both the pro- and anti-EU camps announced that they were suspending their campaigns for the day following the attack. Cox was a supporter of keeping Britain in the 28-nation bloc.

Britain’s Press Association quoted witnesses in reporting that a man who works at a nearby dry cleaners initially tried to stop the assailant. The attacker, who was wearing a white baseball cap, then scuffled with Cox before shooting her at least twice and lunging at her with a knife.

“He was fighting with her and wrestling with her and then the gun went off twice and then she fell between two cars and I came and saw her bleeding on the floor,” the Press Association quoted a man named Hithem Ben Abdallah, who claimed to have witnessed the attack, as saying.

Aamir Tahir, 33, who runs a dry cleaning center about 100 yards from where the attack took place, said in an interview that a female employee “heard two loud pops. She was in the back, doing the ironing, and heard two loud pops and some shouting. But she kept to her own until she heard the sirens, and when she went outside, there were police everywhere.”

Asked about reports that the assailant shouted “Britain First,” he said neither he nor his employee had heard that.

Tahir said the area is normally “really nice. It’s like a little village.”

After the attack, forensic teams dressed in white or blue body suits combed the area. Police tape was strung between buildings and parked cars.

Cox, who has two children, was elected in May 2015. She also was national chair of Labour Women’s Network and a senior adviser to the Freedom Fund, a group that campaigns against slavery and other domestic and workplace abuses.