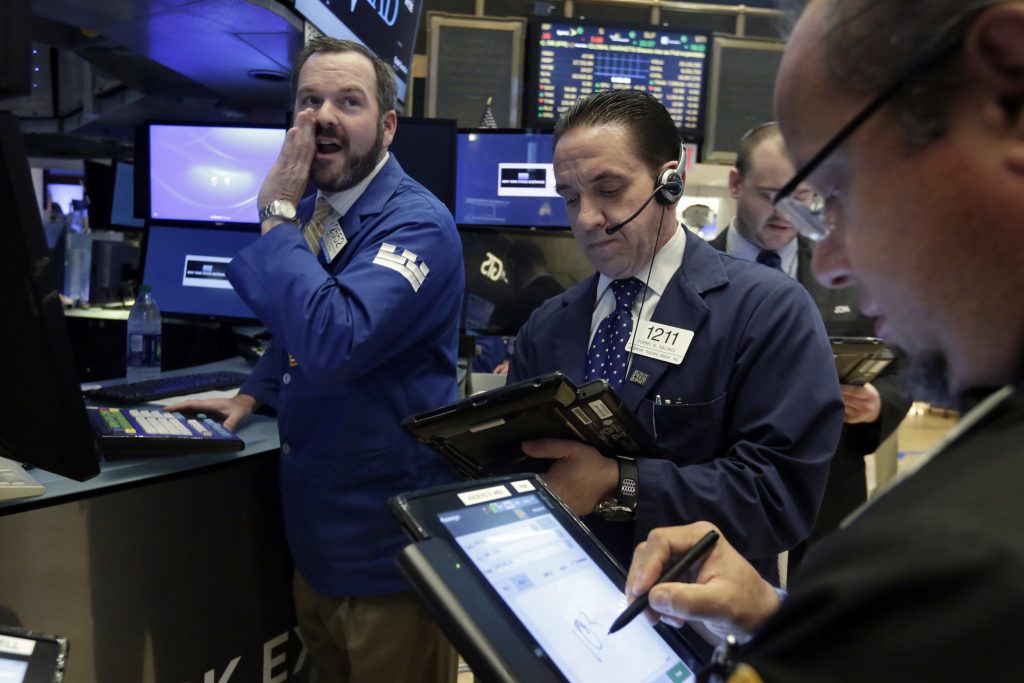 Stocks were posting modest gains on Wednesday in midday trading, recovering after four days of losses, as investors waited to hear from the Federal Reserve regarding interest rates later in the day.

FED IN FOCUS: The Federal Reserve wraps up a two-day policy meeting later Wednesday. Investors don’t expect the U.S. central bank to raise interest rates, but they will be looking for clues about what the Fed will do in July and thereafter. Federal Reserve Chair Janet Yellen will hold a press conference after the meeting.

BRITISH DRAMA: Most investors are focused on the other side of the Atlantic at the moment. There is grave uncertainty about whether British voters will choose to leave the European Union in a June 23 referendum. Polls show the vote could go either way and investors are starting to worry about the consequences.

A British exit from the EU, known informally as Brexit, would likely hurt the British economy most and destabilize the rest of Europe. The repercussions, however, are not clear, and investors are reacting to the general uncertainty over the situation.

WHOLE FOODS SLIDES: Whole Foods Market fell $1.51, or 4.6 percent, to $31.01 after the Food and Drug Administration said there were “serious violations” at a kitchen in Massachusetts that may have resulted in contaminated food, and the grocery chain hasn’t done enough to fix them, so far.