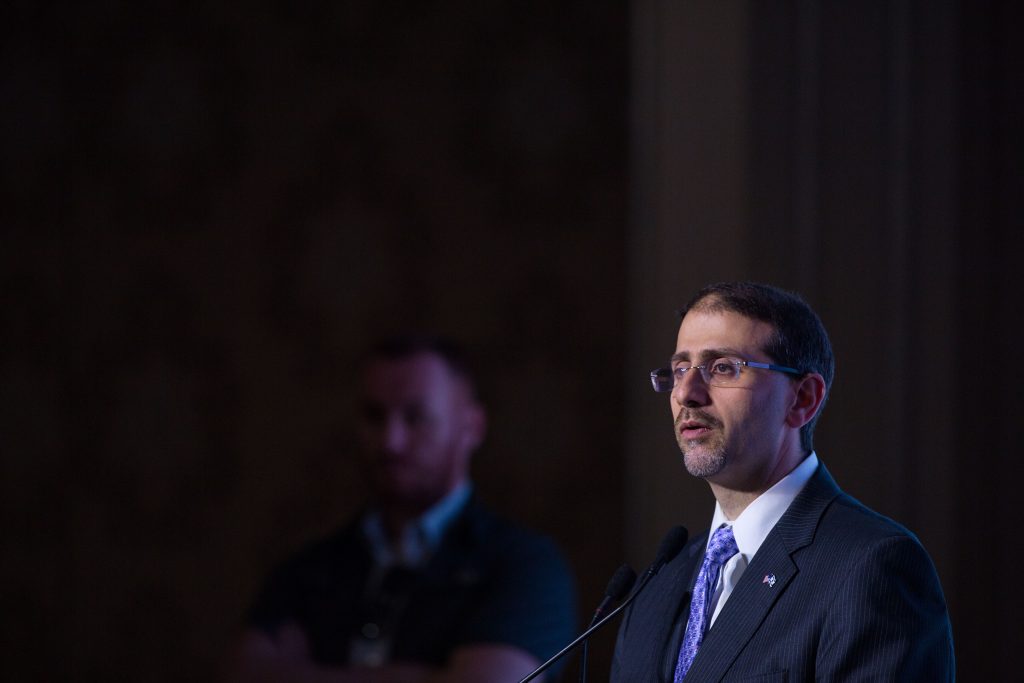 U.S. Ambassador to Israel Daniel Shapiro has unveiled his strategy to combat the anti-Israel boycott threat: the establishment of a Palestinian state.

“It has always been the case that one of our most effective tools to defeat boycotts and delegitimization is the presentation of a political process, negotiations, or some political horizon that gives hope for a two states for two peoples resolution to the Israeli-Palestinian conflict,” Arutz Sheva quoted Shapiro as saying at the Herzliya Conference on Wednesday.

“So it is certainly in Israel’s and the United States’ interest to find the way back to direct negotiations with the Palestinians, and until then, to take steps to keep the two-state solution viable for the future and avoid steps, such as settlement expansion, that seem to move the parties further away from, rather than closer toward, a two-state solution.”

“I have directed my Administration to strongly oppose boycotts, divestment campaigns, and sanctions targeting the state of Israel,” President Obama said in February. “As long as I am President, we will continue to do so.”