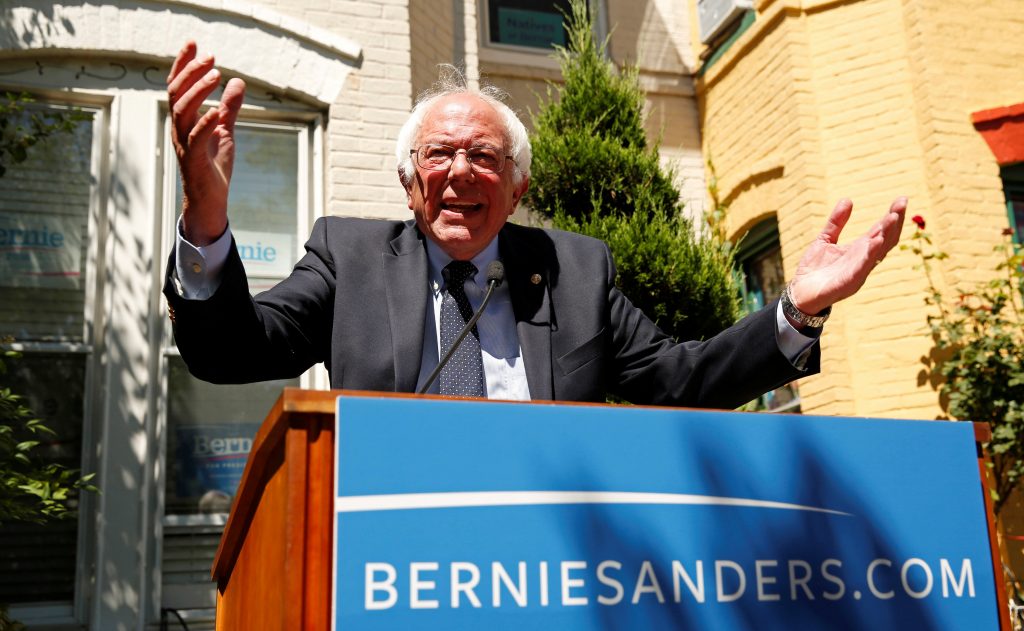 Bernie Sanders does not plan to suspend his campaign and endorse presumptive Democratic presidential nominee Hillary Clinton in a video speech to supporters on Thursday, focusing instead on ways to pursue his policy agenda and reform goals, a spokesman said.

Sanders, who has resisted pressure to exit the race and back Clinton in a show of party unity since she clinched the Democratic nomination last week, will address supporters nationwide on a live-streamed video on Thursday night.

That raised expectations Sanders might formally pull the plug on his campaign. But spokesman Michael Briggs said on Wednesday the speech will focus on how Sanders’ supporters can keep the fight alive on priorities such as raising the minimum wage and reducing the influence of big money in politics.

“Tomorrow night, no, he’s not ending it,” Briggs said of the campaign. “We’re working our way through that, how to go forward on that front. This message to supporters is going to be a lot broader than that.”

Sanders, a U.S. senator from Vermont, has promised to continue his campaign to next month’s Democratic nominating convention in Philadelphia as leverage to force concessions from Clinton on his policy goals and on reforms he seeks in the Democratic Party’s nominating process.

Since Clinton secured enough delegates for the nomination last week, however, Sanders has laid off some campaign staff, stopped holding rallies and dropped plans to court unbound delegates in an unspoken acknowledgment that the former secretary of state will be the nominee.

“He knows how to count,” Briggs said.

Sanders and Clinton met in a downtown Washington hotel for more than 90 minutes on Tuesday night to search for common ground after she won the final nominating contest in their sometimes bitter primary campaign.

In similarly worded statements, both camps described the meeting as “positive” and said the two discussed their shared goal of defeating presumptive Republican nominee Donald Trump in the Nov. 8 election.

Sanders was back home in Burlington, Vermont, on Wednesday, to prepare his speech and consider how to keep pressuring Clinton to back issues like raising the minimum wage and fighting climate change.

He also has demanded changes to the party nominating process, including replacing the Democratic National Committee leadership and eliminating superdelegates, who are unelected and are free to support any candidate.

The Sanders camp has pushed for a commitment to hold votes at the convention on some of those platform issues and on changing party nominating rules.

“We see the convention as a serious opportunity for a serious discussion about a lot of these issues. We hope the Democratic Party establishment can figure out a way to open its arms and welcome into the party fold the people who have been excited by Bernie’s campaign,” Briggs said.