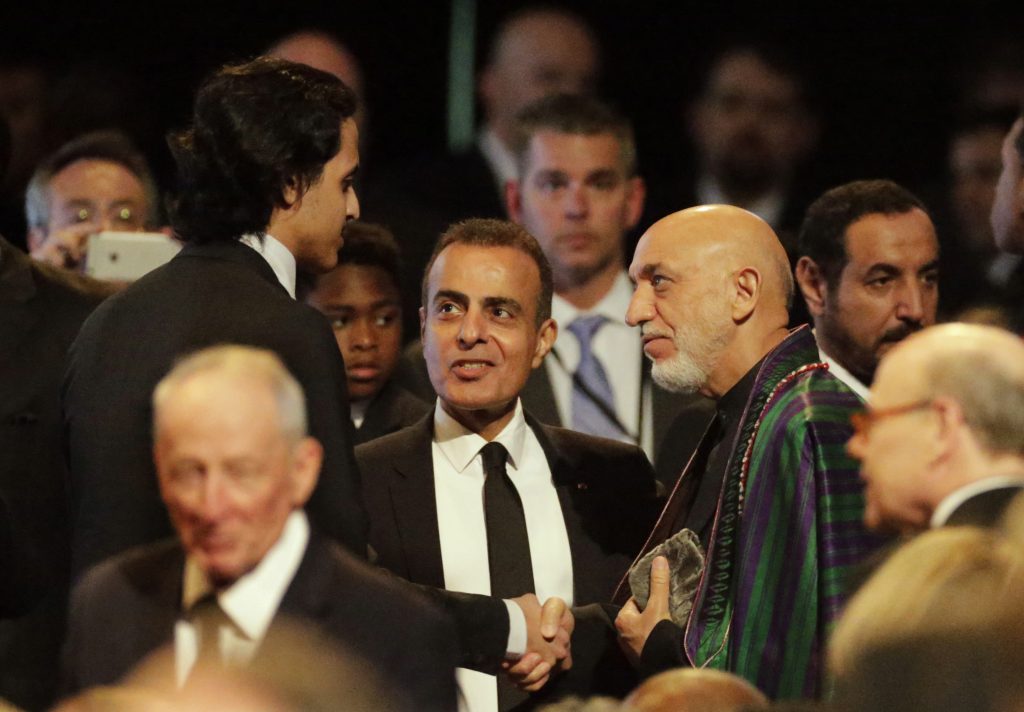 The United States should limit its military mission in Afghanistan to supporting local forces and should intensify pressure on Pakistan to jump-start peace talks with the Taliban, the country’s former president said.

Hamid Karzai, who ruled Afghanistan with Western backing from 2001 to 2014, sounded a note of skepticism about recent changes to the U.S. military mission in Afghanistan, which reflect ongoing insecurity and the continued strength of the Taliban.

“I don’t think military means will bring us [peace],” Karzai said in an interview with The Washington Post. “We did it for the last 14 years and it didn’t bring us that, so how do we know. . .military action will bring us that now?”

Karzai, during a visit to the United States, spoke days after U.S. officials acknowledged that President Barack Obama has approved an expansion of the U.S. military role in Afghanistan. The decision to authorize more aggressive air and ground action against the Taliban is the latest sign that the war which Obama came into office hoping to end has no clear conclusion in sight.

Karzai’s successor, President Ashraf Ghani, has welcomed enhanced assistance for Afghanistan’s security forces, which lack air power and intelligence capabilities and are struggling to contain sustained offensives by Taliban fighters. But Karzai, known for his criticism of aspects of the U.S. and NATO presence in Afghanistan during the later years of his presidency, warned that the United States’ military effort may not yield the desired result.

While the United States is due to cut its force of 9,800 servicemembers to 5,500 by early next year, senior officials have said they will consider additional delays to withdrawal plans in line with security conditions.

The former Afghan leader did not comment directly on the size of the U.S. military presence, but did say that the remaining military mission should be limited to advising and support for local forces rather than combat. While that is in line with Obama administration policy, American personnel have edged closer to the fight over the last year as they attempt to provide the Afghan forces the support required against the Taliban.

Now, Obama has authorized commanders to allow, under certain conditions, U.S. troops to accompany conventional Afghan forces on the battlefield and to unleash U.S. air power in support of offensive operations against the Taliban. Karzai, who clashed repeatedly with U.S. leaders over civilian casualties, urged caution.

American officials say they take extensive precautions to avoid civilian deaths. Even so, the recent U.S. record was marred by an erroneous attack on an internationally run hospital that killed at least 22 people.

Speaking the same day that a gunmen killed scores in an Orlando nightclub, Karzai said he did not want to criticize the Obama administration on a day in which the United States suffered a shocking terror attack. But he also said that many U.S. officials did not fully appreciate, at least initially, what he described as the pernicious role of Pakistan in his country’s conflict.

“The war on terror is not in Afghan villages; it is not in Afghan homes. You cannot defeat it . . . [by] launching military operations on Afghan homes,” Karzai said. “Rather it should be found in the sanctuaries, in the training grounds, in the motivation factors, and in those powers or those institutions behind it, outside of Afghanistan.”

Many Afghans blame Pakistan for allowing Taliban leaders to plot attacks on neighboring Afghanistan from the relative safety of that country’s tribal regions. While Pakistan has launched major military operations against militant strongholds in parts of its border regions and has also suffered repeated militant attacks on its own civilians, U.S. officials have long complained that Pakistan has permitted terrorist threats to fester.

Ghani has also called on Pakistan to arrest and hand over Taliban leaders but, in an apparent difference with Karzai, Ghani has responded to recent terror attacks by vowing to increase military pressure against the group.

Karzai urged the United States to coordinate a sustained policy of pressure on the Pakistani government, together with China, Russia, India and Iran, to force Taliban leaders to join hoped-for peace talks. “The United States must take a clear stand there . . . it has to be stronger and consistent,” he said.

While Pakistan’s government has attempted to bring Taliban and Afghan government leaders together for a series of meetings, that process has not taken off. It’s not yet clear how the U.S. drone strike that killed Taliban leader Akhtar Mohammad Mansour in Pakistan last month will affect the long-term prospects for peace.