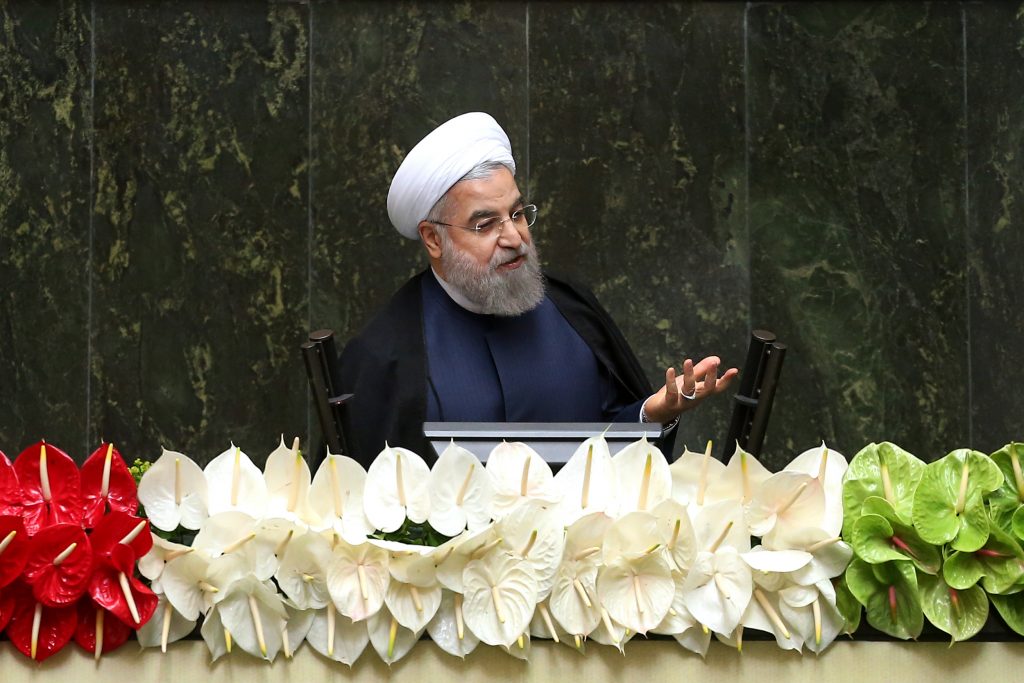 Iran has filed a formal complaint with the International Court of Justice to recover nearly $2 billion in assets frozen in the United States, Iranian President Hassan Rouhani said on Wednesday.

The U.S. Supreme Court ruled in April that the assets must be turned over to American families of people killed in the 1983 bombing of a U.S. Marine Corps barracks in Beirut and other attacks blamed on Iran.

The Iranian complaint was filed on Tuesday, Rouhani said at an “iftar” evening gathering in Tehran to break the Islamic Ramadan fast, according to the website of Iranian state television.

“The government of the Islamic Republic of Iran officially complained about America to the International Court of Justice for the confiscation and theft of two billion dollars of the property of the central bank,” Rouhani said. “And demanded the condemnation of Washington’s anti-Iranian action and compensation for damages.”

More than 1,000 plaintiffs in the case have accused Iran of providing material support to Hizbullah, the Shiite Islamist political and military group responsible for the 1983 truck bomb attack that killed 241 U.S. service personnel in Beirut.

They also sought compensation related to other attacks including the 1996 Khobar Towers truck bombing in Saudi Arabia, which killed 19 U.S. service personnel.

After the April Supreme Court ruling, Caragh Fay, a lawyer representing the victims of the Beirut attack, said it could take from three months to a year for the funds to be dispersed to plaintiffs.

Money will go to the estates of service members who were killed, their families, and to those who survived the attacks. Payouts will range from hundreds of thousands to millions of dollars, Fay said.

The assets held in New York were part of the Iranian bank’s foreign currency reserves. They were traced to a Citibank account in New York held by Luxembourg-based Clearstream Banking, which acted as an intermediary for Banca UBAE, an Italian bank of which the Iranian central bank, Bank Markazi, is a customer.

It is unclear how Iran’s complaint to the International Court of Justice may affect the payments.

“We shouldn’t stay quiet in the face of this incident and we will pursue this complaint until it reaches a result,” Rouhani said.