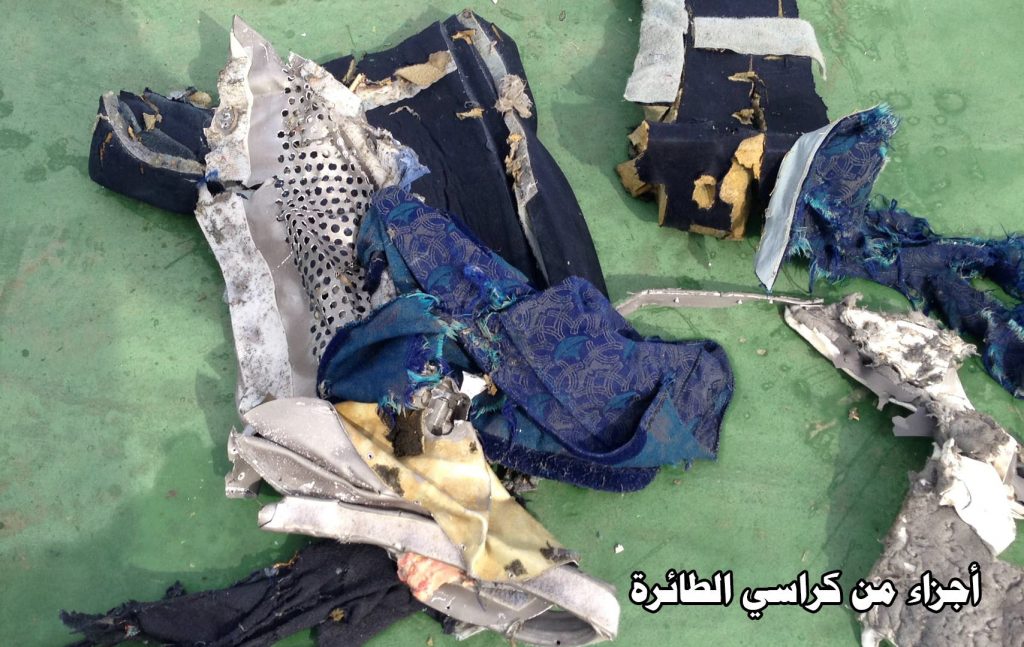 Egypt on Wednesday said that it spotted and obtained images from the wreckage of the EgyptAir plane flying from Paris to Cairo that crashed into the Mediterranean Sea last month, killing all 66 people on board, according to a statement by the country’s investigation committee.

The committee said in a statement that a vessel, the John Lethbridge, contracted by the Egyptian government to join search efforts for the data recorders and the wreckage “had identified several main locations of the wreckage.” It added that it obtained images of the wreckage.

The next step, the committee said, will be drawing a map showing the wreckage location.

The vessel is equipped with sonar and other equipment capable of detecting wreckage at depths up to 6,000 feet.

The EgyptAir Airbus A320 had been cruising normally in clear skies on an overnight flight on May 19. The radar showed that the doomed aircraft turned 90 degrees left, then a full 360 degrees to the right, plummeting from 38,000 feet to 15,000 feet before disappearing at about 10,000 feet.

The cause of the crash still has not been determined. Ships and planes from Egypt, Greece, France, the United States and other nations are searching the Mediterranean Sea north of the Egyptian port of Alexandria for the jet’s voice and flight data recorders, as well as more bodies and parts of the aircraft.

Egypt’s civil aviation minister has said he believes terrorism is a more likely explanation than equipment failure or some other catastrophic event. But no hard evidence has emerged on the cause, and no terrorist group has claimed responsibility. Leaked flight data indicate a sensor detected smoke in a lavatory and a fault in two of the cockpit windows in the flight’s final moments.

Since the crash began, only small pieces of wreckage and human remains have been recovered in a search that has been narrowed down to three-mile area of the Mediterranean.

Wednesday’s announcement came after Egyptian investigators said time is running out in the search for the black boxes. They said on Sunday that only five days remain before the batteries of the data and cockpit voice recorders expire and they stop emitting signals. The boxes could reveal whether a mechanical fault, a hijacking or a bomb caused the disaster. Finding them without the signals is possible but more difficult.