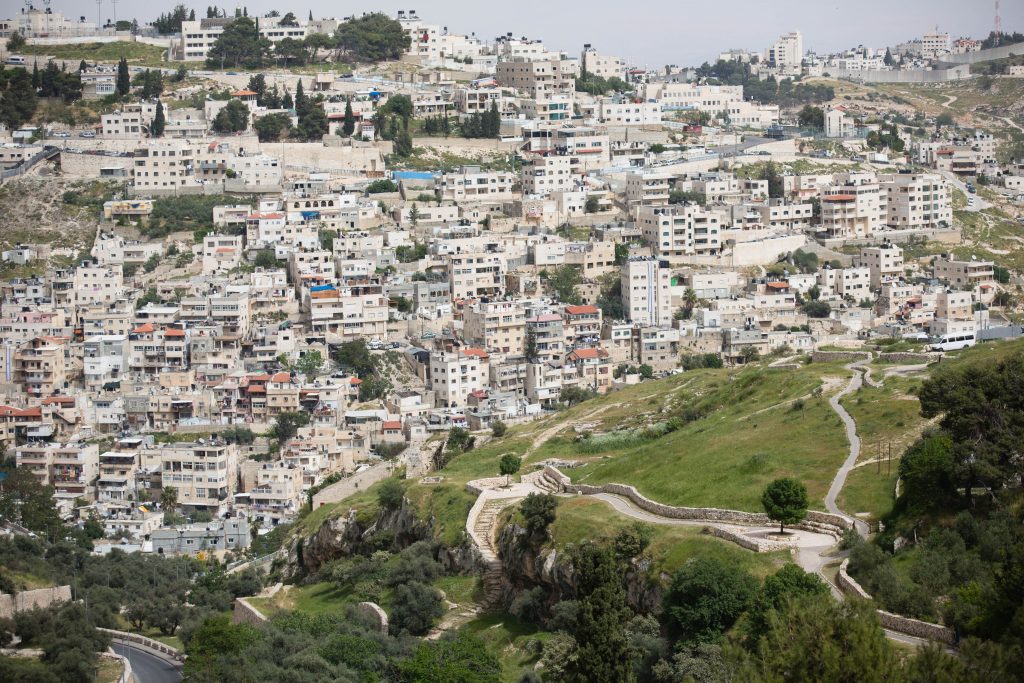 The Yerushalayim municipality approved on Wednesday the construction of a new building for Jewish families in east Yerushalayim, over opposition from Palestinians and the left.

The planned three-story building is slated for Silwan, a predominantly Arab area which has seen other Jews move into it in recent years. It will be built near Beit Yonatan, another Jewish residential building, procured by Ateret Cohanim, which houses 10 families.

Approximately 200,000 Jews live in Jewish neighborhoods in the eastern part of the capital; about 300,000 Arabs reside in neighborhoods like Silwan.

Opponents of the project accused Ateret Cohanim, which backs it, of “evicting” Palestinians to replace them with Israelis.

“It’s absurd to say that, because no one is living on the property, which is an empty block of land,” he said, adding that they are “not in the business of evicting anyone, Arab or Jew.”

On the contrary, he said, “In our minds, this is very clearly historical justice after the Jews were driven out by Arabs and then the last remaining families were taken out by the British authorities with the promise they can return. Many of the homes were destroyed and pulled apart.”

Noting that the property was legally owned by Jewish Yemenites who were uprooted, Lauria hailed the decision as “historic justice.”

Peace Now activist Anat Ben-Nun insisted to the Jerusalem Post, however, that Ateret Cohanim “are attempting to bring into this neighborhood around 100 settler families, and to evict around 100 Palestinian families.”

“They are trying to change the status quo in the neighborhood, and by doing so making compromise in Yerushalayim much more difficult…what they are doing is basically trying to take over a very large area in Silwan and other neighborhoods in close proximity to the Old City in order to Israelize Palestinian neighborhoods.”

Meanwhile, the municipality rejected any ulterior motives in approval of the project. It said in a statement that building permits are never approved based on race or religion, adding that it will continue to build in all areas of the city to continue its growth.

However, Wednesday’s decision only came after several years of delays due to concerns by government officials that it could stir more violence as well as complicate the political picture.