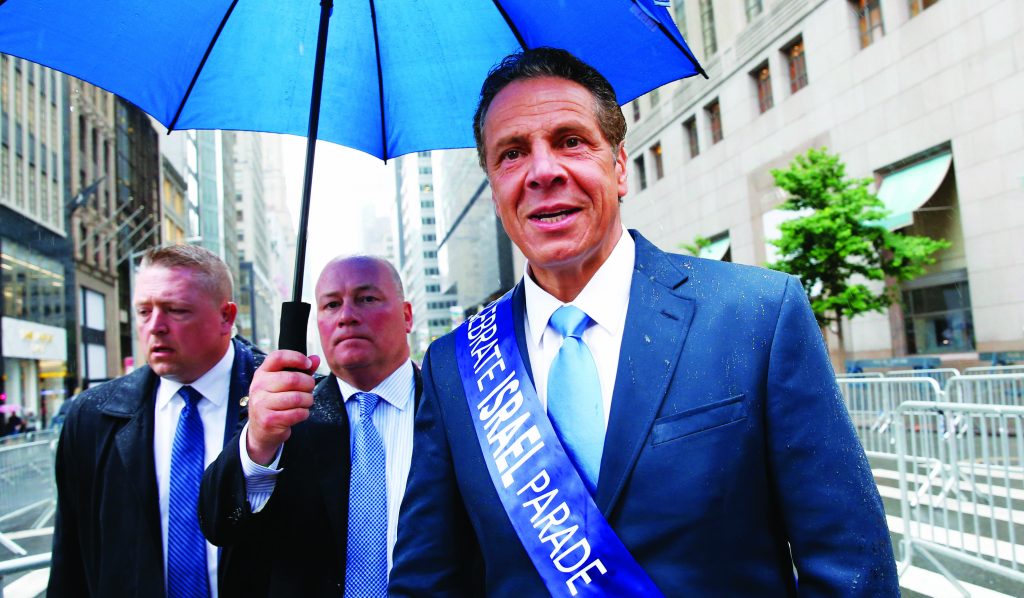 The coldblooded terrorist attacks in Tel Aviv this last week served as a chilling reminder of the summer of 2014, when a steady rain of terrorist rockets from Gaza confined the vast majority of the Israeli population to bomb shelters and protected rooms. During a visit with a bipartisan delegation that August, I was shown a miles-long Hamas tunnel built to infiltrate Israel’s southern communities and murder their residents. The tunnel was frightening because it was the manifestation of the single-minded obsession by Israel’s enemies to destroy the Jewish state. And yet, in many ways it was not nearly as frightening as continued efforts to boycott, divest from and sanction (BDS) Israel.

That is why I recently signed the first executive order by a U.S. governor to help protect Israel from these pernicious efforts to punish it economically. My order ensures that no state agency or authority will engage in or promote any investment activity that would further the harmful and discriminatory BDS campaign. New York will identify institutions and companies, with the list made available to the public and updated regularly, that engage in boycotts, divestment or sanctions activity targeting Israel, either directly or through a parent or subsidiary. All state funds will then be divested from such entities.

If you boycott Israel, New York will boycott you.

Indeed, a new front has opened in the fight against Israel’s existence. Just as the U.S.-Israel relationship has developed a robust and burgeoning commercial dimension, the threats against Israel have acquired one. There are those who seek to weaken and undermine Israel through the politics of discrimination, hatred and fear.

New York will not tolerate this new brand of warfare. New York stands with Israel because we are Israel and Israel is us. Our values — freedom, democracy, liberty and the pursuit of peace — are collective, as is our drive to achieve them.

Two years ago, when we visited the Gaza border and examined the terrorist tunnels on that unity trip, I was accompanied by ex-Israeli president Shimon Peres, and I recalled the time I first met with him 20 years prior. “We share a common enemy,” he told me then. “They come for us today, but they come for you tomorrow.”

Israel truly stands on the front lines of our war against those who reject our way of life.

Political opponents claim we are punishing both activism and freedom of expression with this executive order. They are wrong on both counts. The BDS movement is an insidious economic attack that is exclusively anti-Israel.

As a matter of law, there is a fundamental difference between a state suppressing free speech and a state simply choosing how to spend its dollars. To argue otherwise would be to suggest that New York is constitutionally obligated to support the BDS movement, which not only is irrational but also has no basis in law.

There is a clear, well-established legal distinction between political speech — whom you vote for, whom you stand with in a public rally — and blatant discriminatory conduct such as BDS activities. If a business owner refuses to serve or hire someone based on race, religion or ethnicity, it is illegal and sanctionable. If that same person attends a political rally decrying one group of people — African Americans, Jews… — it is constitutionally protected speech.

Dressed up as a peaceful challenge, the BDS movement is in fact anti-peace. It is a smear campaign designed to delegitimize the state of Israel and inflict severe economic damage. When the BDS movement took credit for forcing an Israeli soda-maker factory out of the West Bank, the result was not peace and prosperity. The result was that some 500 Palestinian workers lost their jobs.

New York will not remain complicit in this intolerant crusade. I call on my fellow governors from states across the nation to join us in rejecting these extremist, radical ideals, because we need to fight this movement on every front.

Across the globe, terrorist organizations are lining up, tearing at the very fabric of our democracies. This is the new normal of terrorism, and we must be resolute in our drive to combat it. We must lead not with darkness, but instead with light and compassion. We must fight against injustice not with words, but through deeds. Only then can we come together to find peace, prosperity and security living side by side. I pray that Israelis and Palestinians work together to find this lasting peace.

Andrew Cuomo, a Democrat, is governor of New York.