World Advocacy Group Accuses U.N. of Not Being Neutral in Syria
World 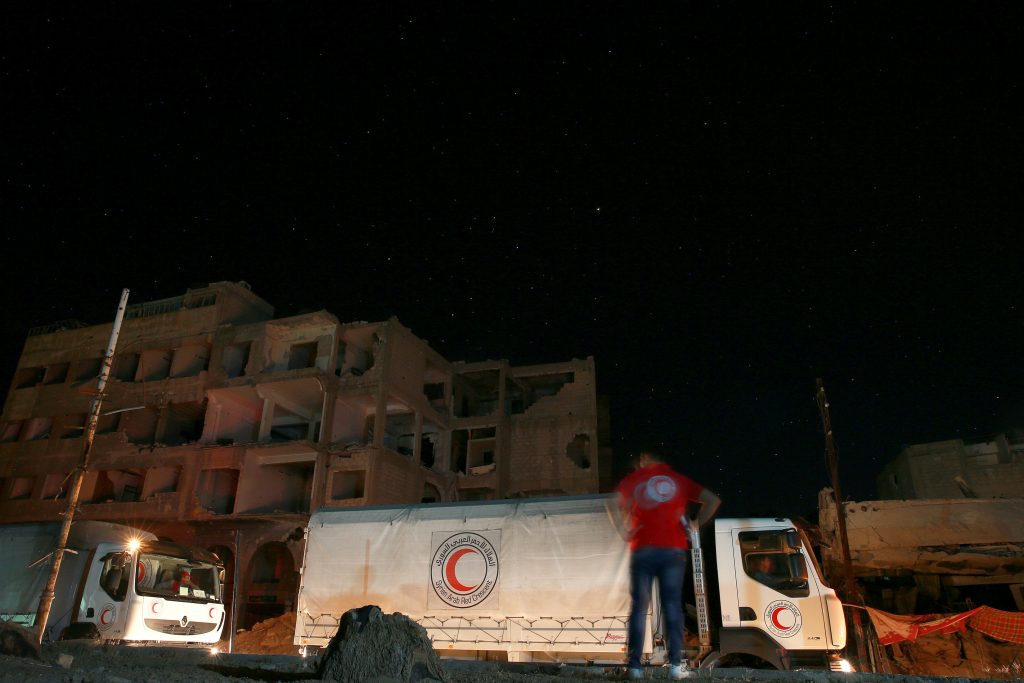 An international advocacy group accused the United Nations on Wednesday of not being neutral in the Syrian conflict, claiming that the world body is prioritizing its relationship with the Damascus government over delivering aid to civilians.

The Beirut-based Syria Campaign said in a scathing report that the U.N. has “allowed the Syrian government to direct aid from Damascus almost exclusively into its territories,” at the expense of establishing regular aid access to hundreds of thousands of Syrians besieged by government forces.

The United Nations is “in serious breach of humanitarian principles,” said the Syria Campaign, which lobbies governments and international organizations to improve access in war-torn country. The report was based on testimony from former U.N. officials and active staff, as well as public reports by the world body and other institutions.

The U.N. estimates that some 500,000 Syrians are trapped across 18 besieged areas in the country, most of them under siege by government forces. U.N. officials regularly acknowledge that President Bashar Assad’s government refuses critical aid to the besieged areas — or, at the last moment, forces relief workers to offload food and medical supplies from their convoys.

The Beirut-based group also accused the U.N. of failing to use its leverage with Assad’s government, saying Damascus relies on humanitarian aid to feed people in government-controlled areas. “The government needs U.N. aid to support vast numbers of citizens,” the Syria Campaign report says.

It recommends the United Nations “suspends cooperation” with Damascus if the Syrian government continues to infringe on the U.N.’s independence.

Meanwhile, Syrian activists reported intense fighting between government troops and rebels in Aleppo province where the anti-Assad fighters are angling for a strategic hill to expand their presence in the south of the province.

The Britain-based Syrian Observatory for Human Rights said the government repelled a rebel advance in the area amid intense airstrikes.

The Local Coordination Committees, another activist group that monitors the Syrian civil war, and the Turkey-based Qaisoun news agency, operated by activists, both reported that insurgents — including the Nusra Front, Syria’s branch of al-Qaida — advanced on a hilltop in Khalsa village.

Abu al-Alamein, a Nusra Front commander, said in an online video that suicide bombings have helped the terrorists advance.

The Observatory said at least 70 were killed on both sides in the clashes in the area since Tuesday. Also, airstrikes have pounded the northern front of the city of Aleppo, the Aleppo provincial capital, where government forces have been trying to advance, threatening to totally besiege rebels in the city.