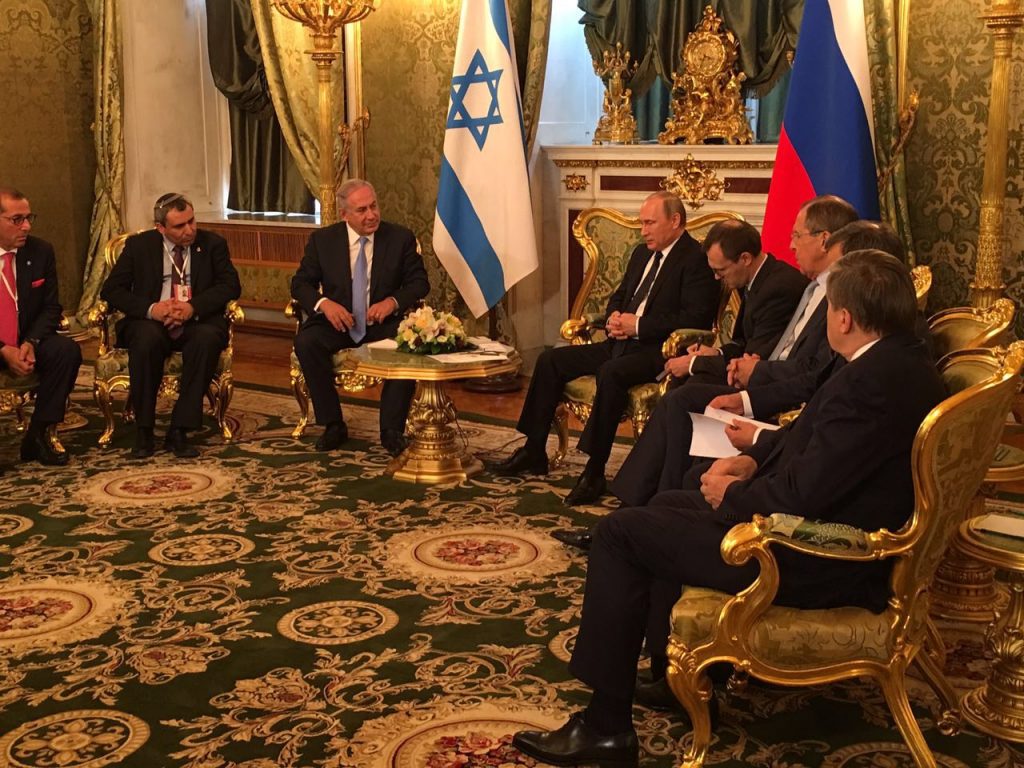 Israelis fear that before the end of his term, President Barack Obama will follow through on one of their greatest diplomatic fears by failing to veto an anti-Israel resolution by the U.N. Security Council this fall. As a lame duck whom many Israelis feel does not like Prime Minister Binyamin Netanyahu, it has long been rumored that Obama will take this opportunity to “get back at” Netanyahu for perceived Israeli failures to cooperate with his peace agenda.

However, Channel Two said Tuesday, Israelis may be “saved” from such a development by a Russian veto. According to sources who accompanied Netanyahu on his visit to Russia last week, the high level of respect and honor that Russian President Vladimir Putin showed the Israeli head of state indicated that Moscow was interested in promoting very positive relations with Yerushalayim – and vetoing the resolution was one way to do that.

It should be noted, however, that the topic was not discussed, at least to the knowledge of the sources. One source said that while it was unlikely that Russia would go as far as vetoing the measure, it was more likely that the Russians would try to prevent the resolution from coming up for a vote altogether. The high honors shown Netanyahu – the extended “bear hug” that the Russian leader gave Netanyahu, as well as the fact that the meetings between the two lasted twice as long as had been allocated – indicates that Russia is interested in strengthening its relationship with Israel.

Yesh Atid head Yair Lapid, who visited Washington recently, said in an interview that he believed the U.S. was preparing to abstain in an upcoming vote, after discussing diplomatic issues with several White House officials.