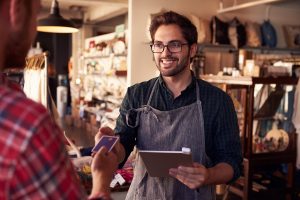 Despite a hiring slump, American consumers remain confident about spending — a reassuring sign for the U.S economy.

That was the message sent Tuesday by the government’s report that U.S. shoppers boosted retail sales in May by a seasonally adjusted 0.5 percent. It was the second straight increase, after an even more robust 1.3 percent increase in April.

A resilient consumer suggests that the economy remains sure-footed even as job growth has slowed, construction spending has weakened and corporate profits have declined. Consumer spending is the leading driver of the U.S. economy.

“The strength of the May retail sales report should provide plenty of comfort to those concerned that the recent slump in payrolls would be followed by a downturn in activity,” said Steve Murphy, U.S. economist at Capital Economics.

Still, the recent pullback in job growth has clouded the outlook for future retail spending. Employers added just 38,000 jobs in May — the weakest monthly gain in five years. Job growth has averaged only 116,000 the past three months, down from an average of 230,000 in the 12 months ending in April.

“While the consumer has been underpinned by solid job growth (at least until recently), that could well change before too long, and if so the economy will have lost its sole pillar of significant support,” said Joshua Shapiro, chief U.S. economist at the forecasting firm MFR.

Stronger hiring in previous months left Americans feeling comfortable enough to dine out and order items over the internet. Sales in these categories have improved at faster pace than total retail sales, which has been weighed down by a shift away from department stores and shopping malls.

Total retail sales have risen 2.5 percent from a year ago.

Roughly 70 percent of all U.S. economic activity depends on consumers, a group that continues to be somewhat restrained in their spending despite a recovery that has brought the unemployment rate to a low 4.7 percent. Many Americans have been reluctant to increase their spending after the housing bust that triggered the Great Recession.

Gas prices have fallen over the past year, yet the easing of this burden failed to deliver much of a boost to consumer spending. That financial tail wind has also reversed somewhat as oil prices rebound. Average gas costs are now climbing, having risen 7.5 percent in the past month to $2.38 a gallon, according to AAA.