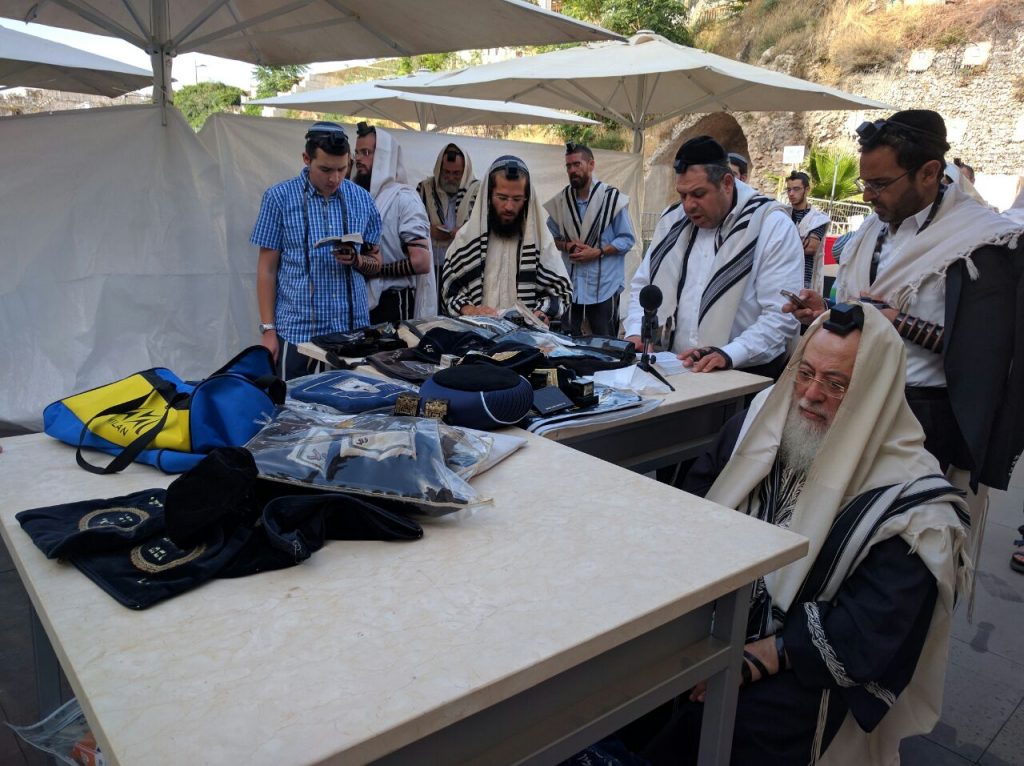 Rabbi Shlomo Amar, the Chief Rabbi of Yerushalayim, and a group of about 60 mispallelim gathered on Tuesday morning to daven Shacharis at the southern expanse of the Kosel, an area which has been designated as a space for Conservative and Reform groups.

A temporary mechitzah was set up to separate men and women for the duration of the tefillos.

Following the tefillos, Rabbi Amar, who wept bitterly during the tefillos, gave an emotional speech to the gathering: “No one can remove the holiness [of this place]. Not the government and not the courts. That is impossible. It is holy. It is Har Habayis. Not the United Nations or any other force. We stand on watch, and we declare to the world that our intention is solely for the honor of Hashem. For the honor of the Shechinah, Am Yisrael, Eretz Yisrael,” Rabbi Amar said through his tears.