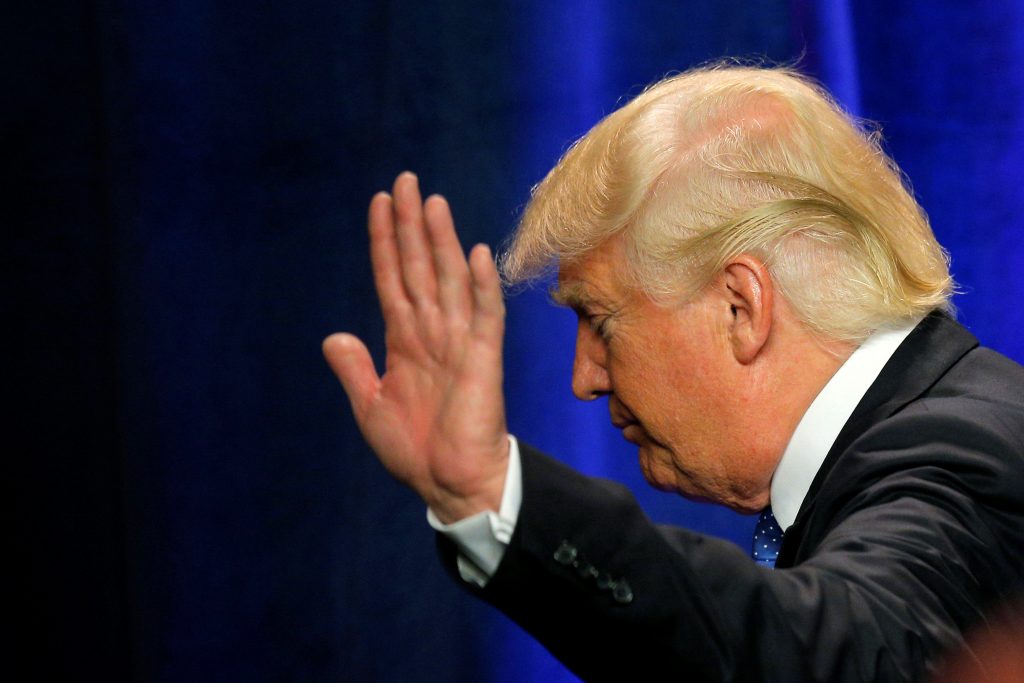 Hillary Clinton’s lead over Donald Trump in the U.S. presidential race has narrowed since late last week, according to the results of the first Reuters/Ipsos poll conducted since the Orlando shooting rampage on Sunday.

Trump, the presumptive Republican nominee for the Nov. 8 election, has blamed Democratic policies for the worst mass shooting in U.S. history and doubled-down on his pledge to ban Muslim immigration, while Clinton has warned against demonizing Muslim-Americans.

The poll, conducted from Friday to Tuesday, showed Clinton with an 11.6-point lead — 44.6 percent to 33.0 percent — over Trump, down from the 13-point lead she had in the five days that ended Saturday.

The Florida attack, in which a gunman killed 49 people and wounded 53 at a club, could have a lingering impact on the presidential race, mixing concerns about immigration, gun violence and religious tolerance into what has already been a volatile and sharply negative campaign.

The shooter, Omar Mateen, 29, the U.S.-born son of Afghan immigrant parents, called authorities during the massacre to pledge allegiance to the Islamic State terrorist group.

Federal investigators have said Mateen, who was killed by police, was likely self-radicalized and there was no evidence he received any instruction or aid from outside groups such as Islamic State.

Trump seized on the attack to accuse Democratic President Barack Obama of failing to address “radical Islamic terrorism,” to warn that Clinton’s policies on immigration would allow more potential attackers into the country, and to fine-tune his call for a suspension of Muslim immigration.

In a speech on Monday, Trump said he would suspend immigration from countries with a “proven history of terrorism” against the United States, Europe and allied countries “until we fully understand how to end these threats.”

“Prejudice, paranoia and partisanship are not a plan, and will not protect anyone,” Clinton said in a statement.

She re-emphasized her support for coordinated military action in Syria and Iraq and called for tougher controls on firearms sales.

Clinton’s slip in the polling was not all Trump’s gain.

The proportion of voters who said they would not vote for either candidate has risen steadily over the past week. About 22.4 percent of likely voters would not pick either candidate, according to the five-day average of results on Tuesday. That was up from 20.6 percent a week ago.

Trump’s strident tone on Muslims and national security appears to have helped him in the past, at least with Republicans. He surged in opinion polls among Republicans late last year after attacks in Paris and San Bernardino, California.

According to Reuters/Ipsos polls over the past several months, a majority of Republican voters said he was their party’s best choice to deal with terrorism and trusted him more than his Republican rivals to be commander in chief.

Most Republicans also support Trump’s proposed ban on Muslim immigration, while a majority of Americans oppose it.

The online poll included 1,063 likely voters and had a credibility interval, a measure of accuracy, of about 3.5 percentage points.