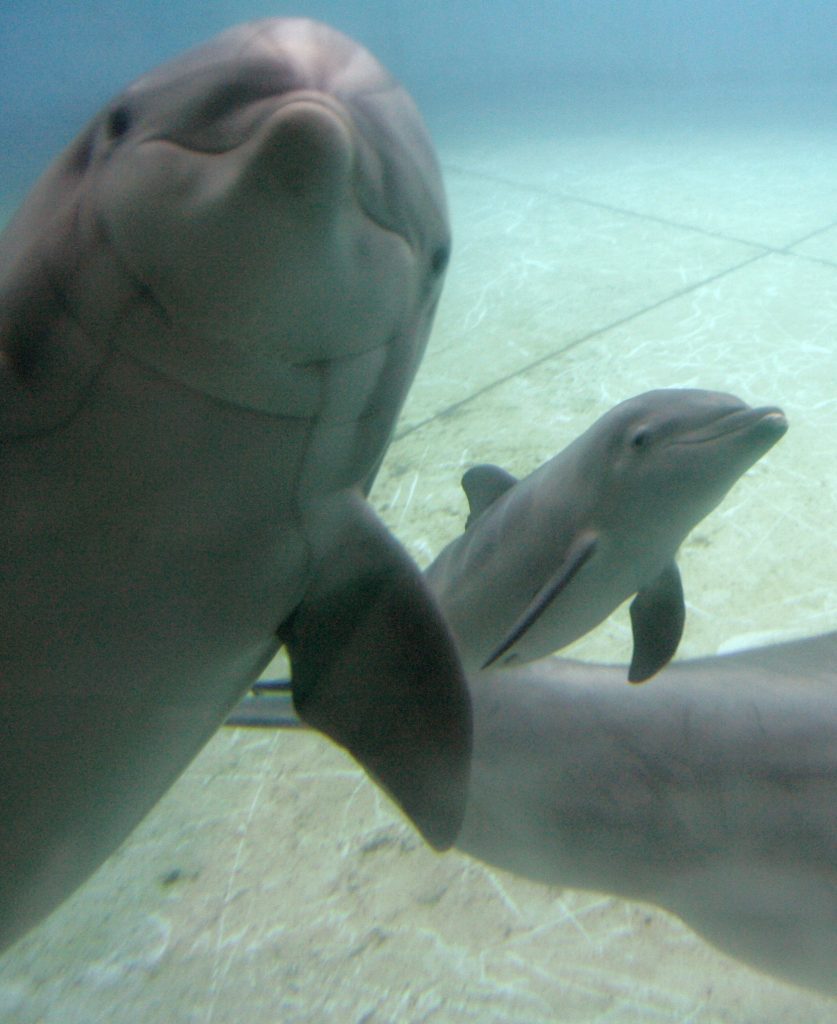 Eight dolphins that have spent their lives swimming in tanks will be retired from the National Aquarium in Baltimore into a seaside sanctuary.

By announcing plans to move its dolphins into a protected habitat by the end of 2020, the aquarium sails into uncharted waters for the marine mammal industry. SeaWorld, which earlier this year ended its orca breeding and hinted at similar changes for its dolphins someday, has balked at similar proposals from activists who want its animals released into natural waters.

“There’s no model anywhere, that we’re aware of, for this,” aquarium CEO John Racanelli told The Associated Press in an interview ahead of Tuesday’s announcement. “We’re pioneering here, and we know it’s neither the easiest nor the cheapest option.”

Potential sites in the Florida Keys and the Caribbean have been explored, Racanelli said.

The Atlantic bottlenose dolphins won’t simply be released into open seas. The aquarium’s criteria for a sanctuary include a full-time staff, “excellent water quality” in a temperate climate, isolation pools for medical care or temporary refuge from harmful conditions and barriers to stop breeding among the dolphins or mingling with wild dolphins, Racanelli said.

Only the oldest dolphin in the group has ever swum in ocean water: a female captured in 1972. Six were born at the aquarium and one was born at SeaWorld in Orlando.

Ranging in age from 7 to 44, they stopped performing scheduled shows in 2012 but remain on display in 25-year-old facilities.

“We’ve learned a lot, obviously, about how to take care of them, about how to ensure that they thrive,” Racanelli said. “As that learning evolution has continued, it’s become clear to us we can go even further in terms of their health and welfare by taking this kind of step.”

The aquarium has been considering new options for its dolphins, including moving them to other institutions or renovating their tanks, for several years amid growing public distaste for live animal shows.

Ringling Bros. and Barnum & Bailey Circus sped up the retirement of its touring elephants to a Florida refuge under increasing scrutiny and restrictions prompted by concerns over animal cruelty. SeaWorld’s decision to phase out its signature animal followed years of declining attendance, cancellations by entertainers, the loss of a marketing partnership with Southwest Airlines and protests that continued through now-abandoned plans to build larger tanks for its orcas.

Three animal advocacy groups, including the leader of campaigns to make commercial tuna fishing “dolphin safe” and release a killer whale made famous in a film have announced intentions to jointly create a seaside sanctuary for captive orcas, belugas and dolphins.

Until the Baltimore aquarium’s announcement Tuesday, institutions keeping marine mammals have argued against such proposals. Critics of “sea pens” or other sanctuaries say such efforts fail and have harmed the animals, including the whale from the film and two dolphins set free off Key West in 1996 by a famous activist.

Racanelli said the National Aquarium’s dolphins will remain in human care throughout their lives in the new habitat.

Initial costs for building the sanctuary depend on seaside land values, but the costs of dolphin care should fall in ocean waters that don’t need regulating the way they do in the aquarium, Racanelli said. Decisions about access for researchers and visitors will come later.

A brief closure of the marine mammal facility and negative publicity after the 2011 deaths of two newborn dolphins lost the aquarium $1.9 million, according to an internal document. An informal dolphin program was launched with higher general admission fees, and revenue grew from $45.9 million that year to $53.5 million in 2014 before dipping last year, according to its annual reports.