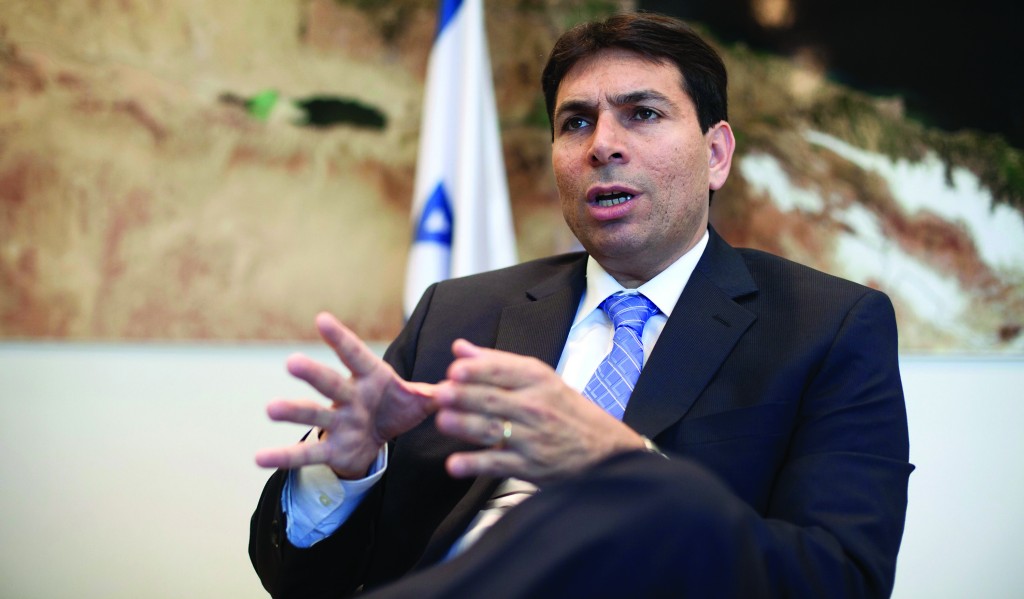 Israel on Monday won an election to chair the United Nations’ legal committee, the first time that it will head one of the world body’s six permanent committees since joining the U.N. in 1949.

While it is a largely symbolic and procedural role, chairing the committee will give Israel a chance to have a higher profile in routine affairs at the United Nations.

The so-called Legal Committee, or Sixth Committee, oversees issues related to international law. The General Assembly has six standing committees that report to it, on: disarmament, economic and financial issues, human rights, decolonization, the U.N. budget and legal issues.

“I am proud to be the first Israeli elected to this position,” Israel U.N. Ambassador Danny Danon said in a statement. “Israel is a world leader in international law and in fighting terrorism,” he added. “We are pleased to have the opportunity to share our knowledge with the countries of the world.”

Israel was a candidate for the regional Western European and Others Group (WEOG) and received a comfortable majority of votes – 109 out of 175 valid votes cast in the 193-nation assembly. Sweden was runner-up with 10 votes.

Normally committee heads are elected by consensus without a vote. Opponents to the Israeli candidacy called for a vote, prompting a sharp reaction from the deputy U.S. ambassador to the U.N., David Pressman.

“Even a chair from (former leader Muammar) Ghadhafi’s Libya was elected by acclamation,” he said in a statement. “A vote should not have been called today.”

“We need a United Nations that includes Israel, that brings Israel closer, not one that systematically pushes Israel away,” he added.

Israel was originally part of the Asia-Pacific Group along with other Middle Eastern and Asian nations, the majority of which are cool or openly hostile toward Israel. Its transfer to WEOG gave it a chance to get elected to leadership posts and play a more active role at the U.N.

The chief Palestinian delegate at the United Nations, Riyad Mansour, complained about the results of the election, saying Arab and Muslim countries had tried to prevent an Israeli victory.

Speaking to reporters, Mansour described Israel as “the biggest violator of international law” and predicted that Danon’s election was “threatening the work of the Sixth Committee.”

He said the Arab League and 57 member states of the Organization of Islamic Cooperation had opposed Israel’s election.