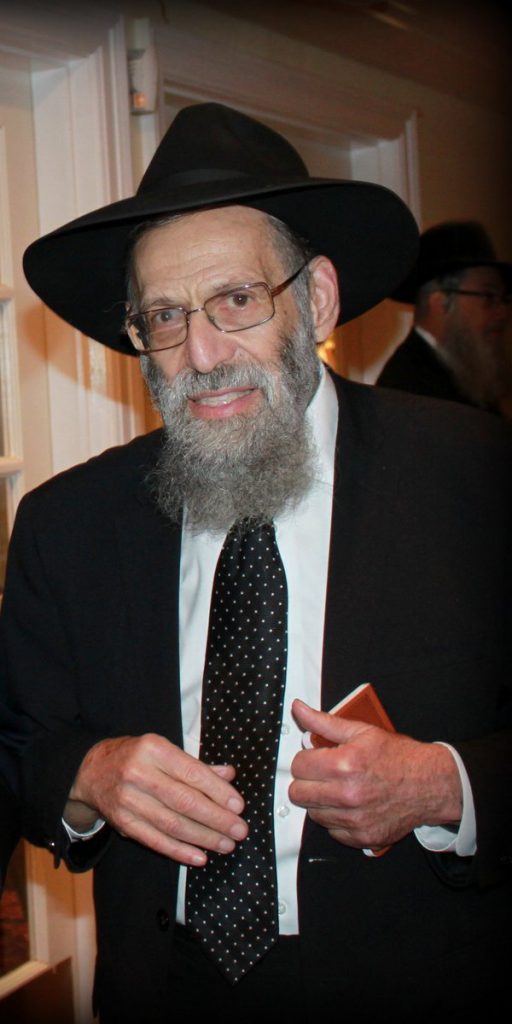 The Jewish community of Los Angeles mourned the petirah of its beloved Rosh Kollel, Harav Chaim Zelig Fasman, zt”l, 83, who was niftar this past Shabbos, Erev Shavuos. With his indomitable will, sincere dedication to others, and heartfelt ahavas haTorah, his personal influence, as well as the impact and ripple effects of the kollel that he founded and led of over 40 years, would be felt in nearly every aspect of Torah life in the kehillah.

Rav Fasman was born in 1933 in Chicago, but spent his early years in Tulsa, Oklahoma, where his father, Rabbi Asher (Oscar) Fasman, zt”l, served as a Rav. His rabbanus would take the family to Ottawa, Canada, before returning to Chicago. There, young Chaim attended Beis Medrash L’Torah, where the teachings and living model of Harav Mendel Kaplan, zt”l, then among the yeshivah’s most influential Maggidei Shiur, would play a formative role in his commitment to limud haTorah and mussar.

At age 20, Rav Fasman traveled to Eretz Yisrael, spending most of his time studying in Yeshivas Ponovez. Recognizing the sharp mind and tremendous hasmadah that this young American brought to the yeshivah, he was chosen by the Ponovezer Rav to be part of an elite group with whom he would prepare his shiurim.

Three years later, Rav Fasman would return to America, where he joined Yeshivas Beis Hatalmud. There, the yeshivah’s unique derech halimud and relentless search for self-perfection were absorbed deep into his soul. In the Beis Hatalmud he became one of the closest talmidim of Harav Chaim Visoker, zt”l.

In 1969, Rav Fasman married Yehudis Munk, the daughter of Harav Eliyhu Munk, zt”l, one of the leading Rabbanim in Paris and author of The Call of the Torah and several other works. Together, they would build a home of great physical simplicity … but brimming with a tremendous wealth of Torah and chessed.

Charged with a mission to use his unique talents to build Torah in the westernmost community in America, in 1975, the Fasmans moved to Los Angeles to establish the city’s first kollel. The concept of a community learning center was a very new one and was met with great skepticism by many. In keeping with his personality, Rav Fasman was undeterred. The project not only began, but in time would flourish and change the face of the entire kehillah. Today, the kollel is a vibrant makom Torah, both for its own avreichim and the many community members that learn there on a regular basis. Moreover, countless other shiurim, batei medrash, and mosdos throughout Los Angeles trace their roots and continuing vitality back to the kollel in one way or other.

The levayah was held Motzoei Yom Tov, Monday night at the Kollel Los Angeles, before continuing to Eretz Yisrael for kevurah on Har Hamenuchos, which is scheduled to take place on Wednesday.

Rav Fasman is survived by, ybl”c, his wife, Rebbetzin Yehudis Fasman, sons, Harav Shmuel Fasman, who will succeed his father as Rosh Kollel, Reb Nosson and Reb Eli, and daughters, Mrs. Frumie Botnik and Mrs. Basya Bursztyn, as well as by many grandchildren.

A full-length tribute will appear be”H in a future edition of Hamodia.