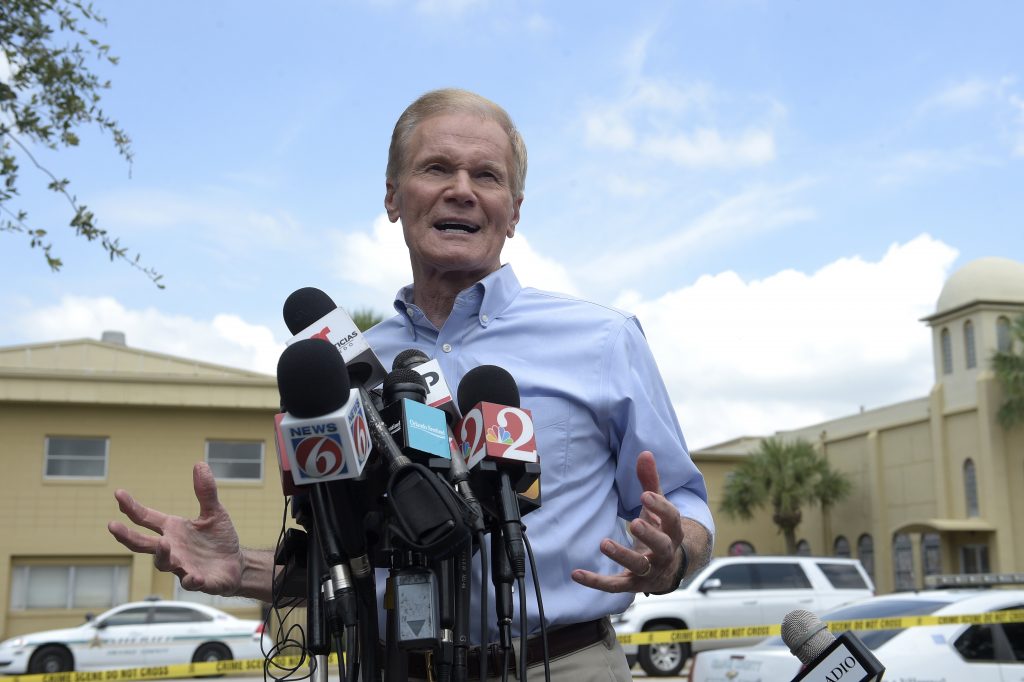 After nearly 48 hours on his feet dealing with the aftermath of the Orlando mass shooting, Florida Sen. Bill Nelson arrived at the Capitol Monday ready to take on the Islamic State.

A member of the Armed Services Committee, the Florida Democrat lamented the lack of appetite for a force resolution against the terrorist group.

“One thing we ought to do, we ought to declare war against ISIS,” he told reporters, while acknowledging the reality that it was not likely to happen.

While the FBI found no evidence that the Islamic State has directed the Orlando attack, shooter Omar Mateen pledged allegiance to the group during the massacre early Sunday morning.

Nelson later told reporters that he hurried to the club after learning of the incident that left 49 people dead and another 53 injured.

Before returning to Washington, Nelson was on a conference call with other Senate Democrats to again push legislation that would bar individuals on terror watch lists, including the no-fly list, from legally buying firearms.

That proposal fell well short of the 60 votes needed to advance in December, following the mass shooting in San Bernardino, California; an alternative offered by Majority Whip John Cornyn of Texas also failed to advance.

Nelson acknowledged that even if the legislation had been in place, the Orlando shooter would not have turned up on a terror watch list — a signal that more should be done, not less, he said.

“He wouldn’t have been on the terror list, but that’s the other defect,” Nelson said, adding that there needs to be “something that is in the record that there was an examination that would then come up when they do the background check on the gun. Then he would have been caught to have bought those two weapons.”

Mateen was reportedly twice questioned by FBI officials in 2013 and 2014, but they decided that he was not a threat.

“On what is supposed to be a standard procedure on a background check that goes through the FBI, for the purchase of, especially an assault weapon, that is where the repository would show that he had been looked at twice,” Nelson said. “The case had been closed, but that flag would have come up so that somebody could really intervene.”

Homeland Security and Governmental Affairs Chairman Ron Johnson said on a Wisconsin radio show that he was not persuaded by Democratic arguments about curtailing gun rights.

“I think anybody who’s going to propose further restrictions on our right to defend ourselves and our right to bear arms is going to have to clear the hurdle and demonstrate how anything they’re going to propose would actually have prevented some of these past tragedies,” Johnson said on WIZM. “I think that’s a hurdle they’ve never been able to … achieve. I’m not interested in just passing bills that sound good.”

“Instead of pushing for more guns, maybe it’s time we make it harder for terrorists and criminals to get guns,” Reid said. “It’s time for Congress to do something to stop this mass slaughter that is being carried out in our communities. How else can you describe it?”

Reid said on the Senate floor that Democrats would seek to force the Senate to vote on the terror watch list proposal as soon as possible. The most likely venue for that will be on an upcoming spending bill that funds the Department of Justice, among other agencies.

But the result seems unlikely to be much different from December.