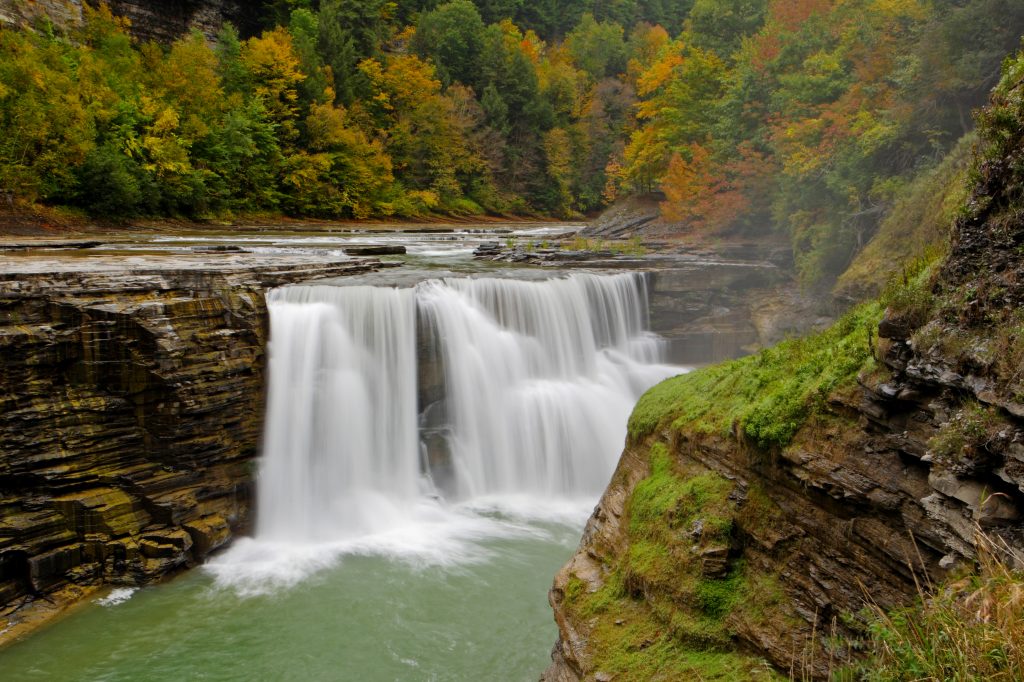 A search continued Tuesday for a 9-year-old presumed to have drowned when he and six family members were swept over a waterfall at a New York park known as the “Grand Canyon of the East.”

State police identified the missing boy as Dylan Giangregorio of Brockport. The body of his brother, 6-year-old Preston, was recovered Sunday.

Police did not release the names of two men and three girls who were rescued Saturday evening after going over the 70-foot-high Lower Falls on the Genesee River in Letchworth State Park, 40 miles southwest of Rochester.

State park police said the family members had left a designated trail and entered the water above the falls. Swimming in the river is prohibited.