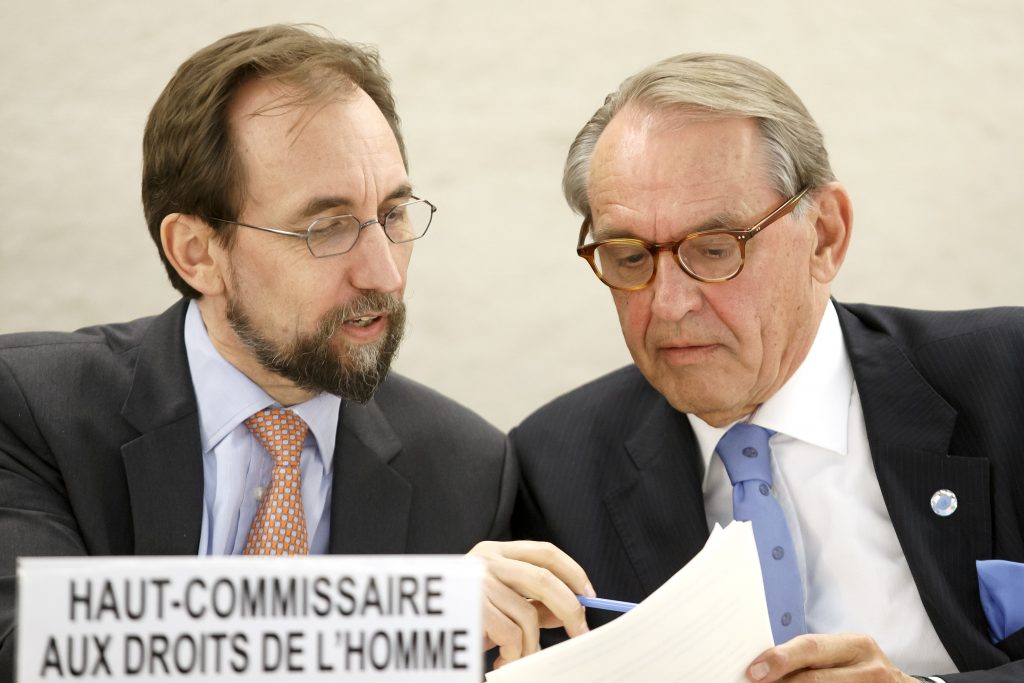 Wars in Iraq, Syria and Yemen have killed hundreds of thousands of people. Enforced disappearances, torture and terror attacks infringe on human rights worldwide. Tyrannical, autocratic leaders and their allies from Belarus to Burundi repel dissent with an iron fist.

But while human rights abuses are legion in these troubled times, only one country has its record inspected at every single session of the United Nations Human Rights Council: Israel.

Israel, which trumpets its bona fides as a democracy in a difficult neighborhood full of enemies, is crying foul. And it is not entirely alone: Other critics, notably the United States, also decry what they see as an entrenched bias in United Nations institutions and an obsession with the Palestinian issue at the expense of other crises around the globe.

As the council convened Monday in Geneva for its second, weeks-long session this year, “Item 7” considers the human rights implications of Israel’s “occupation.” The standing item at the 10-year-old council has come to exemplify the spotlight on Israel in a number of U.N. bodies.

“I don’t know whether it’s fair or unfair, but it’s obvious that the majority of members want to continue to focus on the situation of Israel and Palestine,” council president Choi Kyong-lim told The Associated Press.

Of 233 country-specific HRC resolutions in the last decade, more than a quarter — 65 — focus on Israel. About half of those are “condemnatory.” Israel easily tops the second-place country in the infamous rankings: Syria, where since 2011 at least 250,000 have been killed, over 10 million displaced, and swaths of cities destroyed, was the subject of 19 resolutions.

“The U.N. continues to single out Israel, the one liberal democracy in the Middle East,” said David Keyes, Prime Minister Binyamin Netanyahu’s spokesman. “Imagine that. A country with free speech, free elections and minority rights is condemned more than mass murdering dictatorships like North Korea, Iran and Syria. That speaks for itself.”

Shortly after taking office in 2007, U.N. Secretary General Ban Ki-moon criticized the standing item on Israel, saying he was “disappointed at the council’s decision to single out only one specific regional item, given the range and scope of allegations of human rights violations throughout the world.”

It hasn’t budged since.

Over the years, the council has variously criticized Israel’s presence in the Golan Heights and its detention of Syrian suspects without trial, a lack of cooperation with U.N. human rights investigators, its expansion of communities in Yehudah and Shomron, and its muscular and at times deadly response to terrorists’ rocket attacks from Gaza that have killed Israeli civilians.

This session, no resolutions are planned on Israel, but it still gets automatic billing.

The criticism of Israel spans many U.N. bodies.

“Israel tries to say that the U.N. is not the place to solve problems,” said Palestinian Foreign Minister Riad Malki. “Israel tries hard to single out the Palestinians by saying the conflict will be solved by the two sides and in the same time it continues confiscating lands and building settlements. Israel … doesn’t listen to anybody.”

The Palestinians, who have been gaining a greater presence in U.N. institutions in recent years, have allies like the Organization for Islamic Cooperation, which has often led the push for resolutions critical of Israel. An OIC official did not respond to calls and e-mails seeking comment, saying only that its ambassador to the council had recently left.

The more economic and political heft that a country has, the more it can block intense scrutiny. Uber-rich Saudi Arabia thwarted efforts to create an international probe of rights abuses in neighboring Yemen, where a Saudi-led military coalition has led a campaign including air strikes that have left hundreds of civilians dead.

Nearly from its inception, the HRC has drawn criticism for its make-up. This year, China, Cuba, Russia, Venezuela and Burundi are among its 47 members. Diplomats insist the HRC reflects the world, and cannot only include peaceful Western democracies. They say no country is fully above reproach.

The HRC has had achievements in places like post-genocide Sri Lanka, whose new government has been generally receptive to scrutiny and has cooperated with the council.