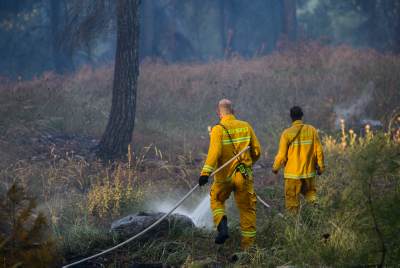 Police have arrested an individual who is said to have been responsible for the destruction of hundreds of dunams of forest lands that he set fire to. The individual deliberately set fires in two separate incidents near Beit Shemesh.

In both cases, dozens of firefighters and several helicopters were needed to douse the flames. Investigators determined that arson was the cause of the fires, and they tracked down the evidence to locate the culprit.

A gag order has been placed on the identity of the arsonist and his motives. Police have asked for an extension of his remand.