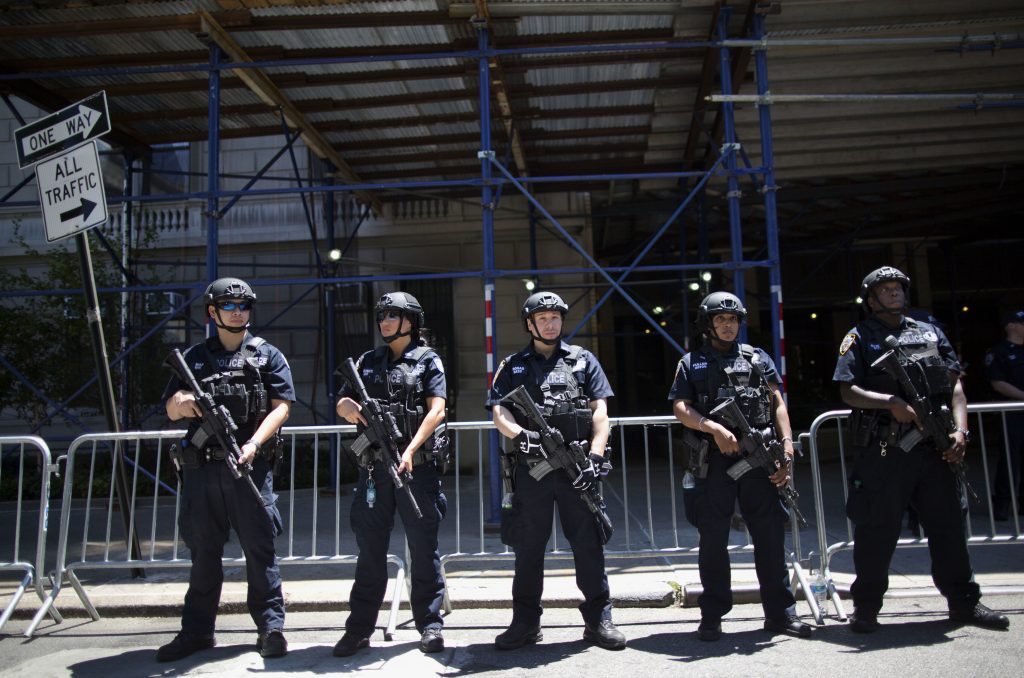 Mayor Bill de Blasio says New York City is deploying more than 500 anti-terrorism officers as a precaution. But most New Yorkers are taking a business-as-usual approach in the wake of Florida’s mass shooting.

On Monday, law enforcers in Penn Station’s Amtrak area had out a machine that’s used for swabbing bags to check for bomb residue.

TSA, police and National Guardsmen dressed in fatigues patrolled the station — a fairly familiar sight since 9/11.

Elevator contractor Rob Penna said authorities were overdoing the security. But then he added: “I guess it’s never enough.”

The mayor and Gov. Andrew Cuomo will attend an evening vigil .

But they are reminding residents to remain vigilant and report any suspicious activity to authorities.

State police say New Jersey homeland security officials have not detected any credible threats in the wake of Sunday’s shooting in Orlando. But they say authorities continue to closely monitor the situation.

Law enforcement authorities in the state’s major cities and at the Jersey Shore said they had no immediate plans to beef up security or impose new policies.