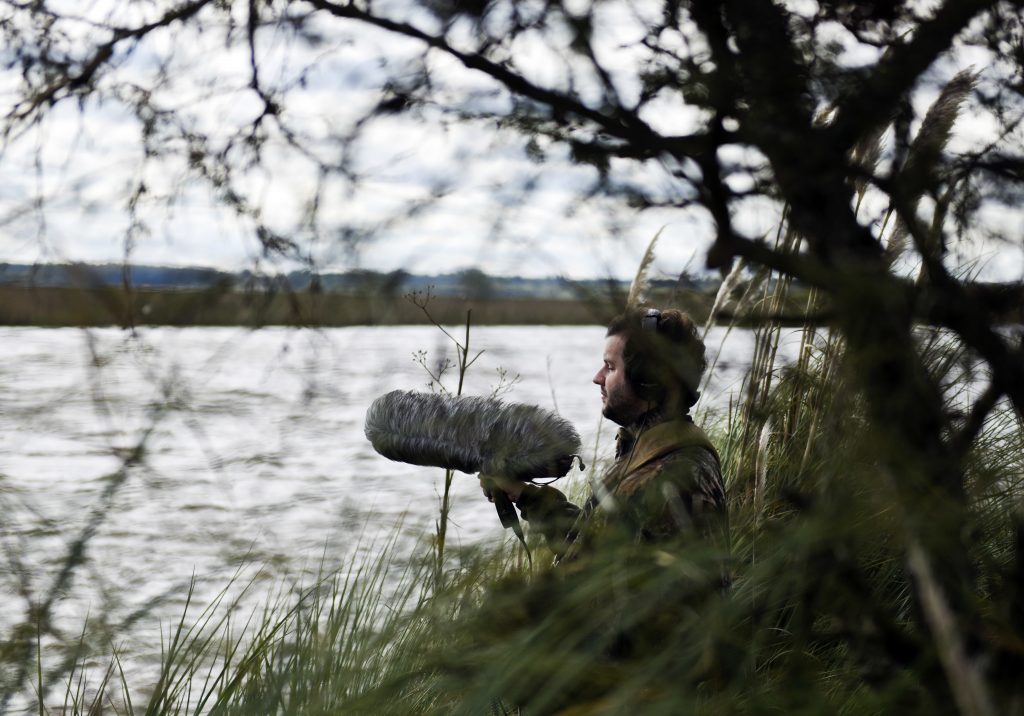 Born blind, Juan Pablo Culasso has never seen a bird. But through his gifted sense of hearing, he can identify more than 3,000 different bird sounds and differentiate more than 720 species.

The 29-year-old said he realized he had perfect, or absolute, pitch, when he was a boy. Tossing stones in a river, he was able to tell his father exactly the note each one made when it hit the water.

Absolute pitch, the rare ability to hear a tone and immediately know it’s a C-sharp, for example, is so unusual that only one of every 10,000 people has it, Culasso said, adding that Wolfgang Amadeus Mozart was among them.

Culasso said his dad later read to him about birds from an encyclopedia that came with an audio cassette of their calls.

“That’s when I realized that I could memorize birds by their sounds,” he said.

He said he discovered his calling as a teenager, when he joined an ornithologist on a 2003 field visit, inspired by his love of birds. The bird expert gave him a recorder, and he was hooked.

“At that moment, I felt as if I had been doing this forever without knowing it. I fell in love with that task,” he said.

Culasso’s passion now is to record and learn from the sounds of nature. He recently completed a two-month journey to Antarctica, where he recorded sounds from the Earth’s coldest, wildest and most mysterious continent.

“I keep adding sounds to my list,” he said. “In Antarctica, I recorded sea lions, seals and a melting iceberg.”

Although Culasso can distinguish light, allowing him to differentiate night from day, he cannot register shapes, forms, and even less so the colors of birds. His ears have always been his way to connect more profoundly with the world.

His ability to recognize and record nature’s sounds has landed him jobs working for documentary soundtracks. Culasso currently lives in his native Montevideo after more than a decade in Brazil, where he studied bioacoustics and nature sounds.

In 2014, Culasso’s ability to recognize birds through their sounds landed him a top prize of $45,000 on a Nat Geo program. He invested most of the money in audio equipment. In the final test, he had to identify the sounds of 15 birds picked at random from a group of 250 birds and recognized every one.

The achievement was possible thanks to early music training and his perfect pitch.

Carrying a professional audio recorder and a microphone with a furry windscreen, Culasso recently visited the shores of the Santa Lucia river on Montevideo’s outskirts. As he walked and listened, he cried out the names of birds before anyone else saw them.

Alicia Munyo, who heads the phonology department at Uruguay’s Republica University, says that perfect pitch has more to do with the brain than the ear.

“It’s not that these people hear more – they hear the same as anyone else – it’s that their brain has a great capacity to interpret sounds and their nuances, much more than normal people do,” says Munyo.

Culasso has always pushed boundaries. As a young boy, he rode his bicycle with friends, following the sounds of the other kids. He didn’t mind falling occasionally then, and he doesn’t mind risking it now as he recently rode a horse at an equestrian center.

“Most blind people move within the confines of the blind world, and never leave that comfort zone, but I was never that way,” he said.