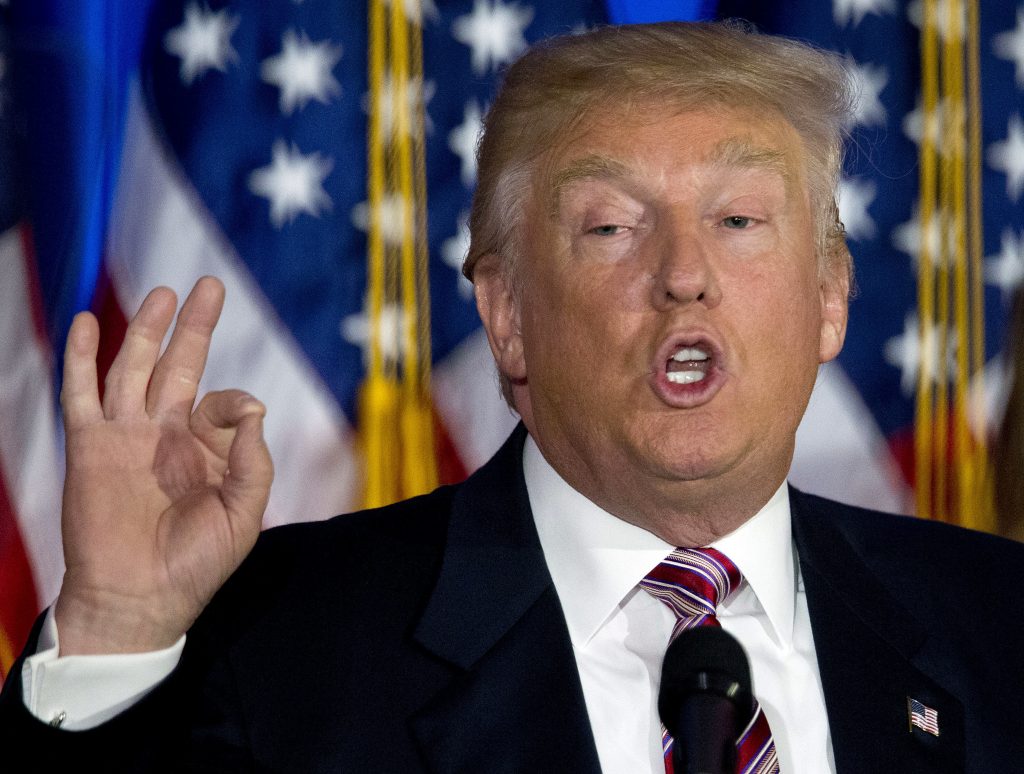 “Nabisco is closing a factory in Chicago, and they’re moving to Mexico. No more Oreos. I don’t like Oreos anymore,” Trump told a crowd in New Hampshire on Aug. 14, reacting to reports that Mondelez was shutting down some production lines at its Nabisco subsidiary in Chicago while boosting output in Mexico.

Trump’s statement that Mondelez was closing a Chicago factory was erroneous, as the company quickly pointed out, but that didn’t stop him from repeating it.

It’s unusual for a top presidential candidate, especially a representative of the business-friendly Republican Party, to attack major U.S. corporations by name.

But over the course of his unconventional campaign, Trump has aimed his fire at a range of companies, mostly for shifting jobs abroad (Ford Motor Co, United Technologies Corp unit Carrier Corp) but also for building products in foreign markets (Apple) and for what he said were violations of antitrust laws (Amazon).

Trump has threatened the companies with boycotts, tariffs, taxes and other punishments. The Trump campaign declined to comment for this story.

Some of the companies saw their share prices dip in the wake of Trump’s criticism, while others experienced a small boost.

But all of them were presented with a dilemma that’s familiar to the presumptive nominee’s many vanquished Republican rivals: Should they engage with a possible future president known for holding a grudge, possibly inviting more wrath, or should they lie low and risk allowing Trump to define them and to push policies they deem harmful?

Most have sought to stay out of the fray even as Trump has kept up the drumbeat of criticism.

“I am fighting hard to bring jobs back to the United States. Many companies – like Ford, General Motors, Nabisco, Carrier – are moving production to Mexico,” Trump said this week. This is “bad for all Americans,” he said.

It was the first time Trump included GM in his roster of corporate wrongdoers, though the Trump campaign later removed GM from the statement and declined to say why. GM declined comment.

After Trump vowed to boycott Oreos, Mondelez fielded numerous media inquiries and contacted reporters when the company deemed press coverage of his remarks off base, said Laurie Guzzinati, who oversees governmental affairs in North America for Mondelez.

The company didn’t engage in any Trump-bashing, though Guzzinati said Trump’s comments were “grounded in inaccuracies.”

Hilary Rosen, a managing director for Washington, D.C., communications firm SKD Knickerbocker, said her firm was representing corporate clients who have been singled out by Trump, though she declined to name them.

Rosen’s advice to clients, she said, is “don’t depend on educating Donald Trump on the truth. People have tried and failed.”

Rosen, a Democrat, recommends instead that companies make their case to the journalists who cover Trump, so “Donald Trump does not define you.”

None of the companies targeted by Trump acknowledged hiring outside consultants to deal with his criticism. Many declined to comment for this story.

“You’re not going to win in a one-on-one confrontation with Donald Trump. You’re just going to get mired in the mud,” said Juda Engelmayer, senior vice president for crisis management at 5W Public Relations in New York.

Those who have been willing to engage, including Ford Chairman Bill Ford, have avoided getting too personal.

Trump has railed against Ford for manufacturing vehicles in Mexico, threatening a tariff of up to 40 percent on “every car, bumper and part” entering the United States from that country.

Ford, the great-grandson of the automaker’s founder Henry Ford, called Trump’s critique “distorted” and said the company instead should be “held up as a real success story.”

“We didn’t take the (government) bailout,” during the 2007-2009 recession, Ford told reporters at a conference in Detroit on May 23, contrasting his company with GM and Chrysler . “We paid back our debts. We pulled ourselves up by our boot straps. We are investing in America.”

Crisis-management experts said companies targeted by Trump need to be thinking more about the policy implications of his presidency. That means, for example, shoring up support in the U.S. Congress for the North American Free Trade Agreement (NAFTA), which Trump has said he wants to renegotiate.

A trade lobbyist who asked not to be named because he has worked with one of the companies Trump has called out said Trump’s attacks do not particularly hurt companies’ reputations in Washington, because policymakers understand presidential campaigns are the “political silly season.”

But, he said, they can impact broader efforts on trade and other policies. “I think what this suggests,” he said, “is that there needs to be a concentrated effort by the business community to talk about the benefits of trade.”