World Russia: We Will Respond to Entry of U.S. Naval Vessel into Black Sea
World 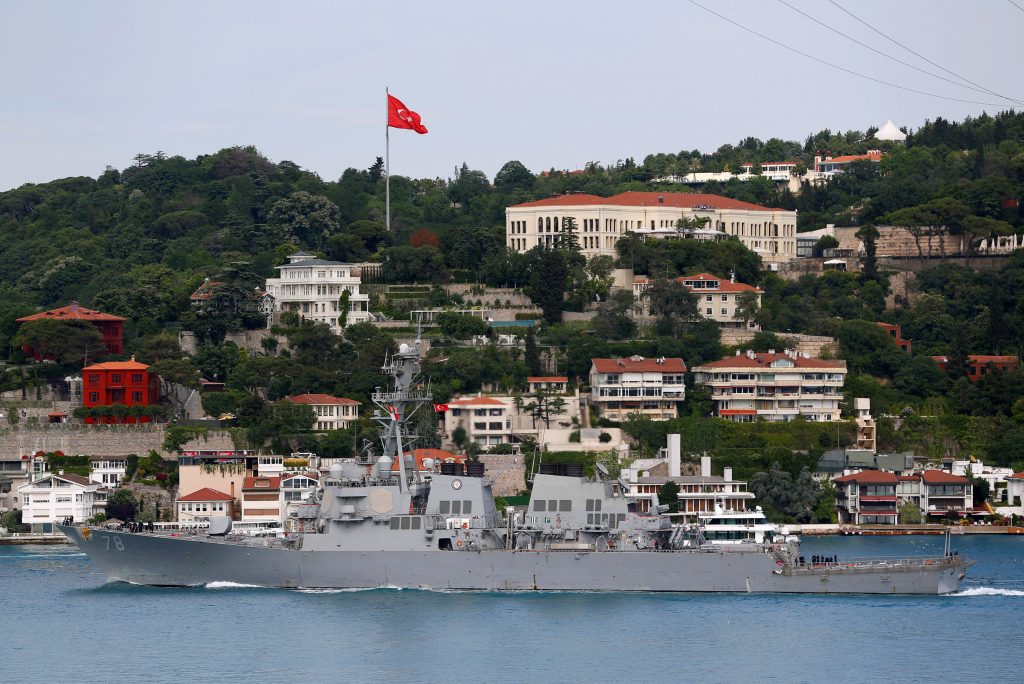 The Russian Foreign ministry said Moscow would respond to a U.S. naval ship’s entry into the Black Sea with unspecified measures, saying it and other deployments were designed to ratchet up tensions ahead of a NATO summit, the RIA news agency reported.

Russian state media reported that the USS Porter, a U.S. naval destroyer, entered the Black Sea a few days ago on a routine deployment, a move it said raised hackles in Moscow because it had recently been fitted with a new missile system.

U.S. Navy officials told reporters on Wednesday the U.S. military would also have two aircraft carriers in the Mediterranean this month ahead of a July NATO summit in Warsaw as Washington sought to balance Russian military activities.

“Of course, this does not meet with our approval and will undoubtedly lead to response measures,” RIA cited Andrei Kelin, a senior Foreign Ministry official, as saying about the USS Porter’s movements.

He also said the deployment of U.S. aircraft carriers in the Mediterranean was a show of force, which in his view deepened a chill in ties between Moscow and Washington caused by Russia’s actions in Ukraine and Syria.

“As regards the overall situation of course there is a definite increase and stoking of tensions in our relations,” he was quoted as saying. “It is all being done on the eve of the Warsaw NATO summit. It is a show of force.”