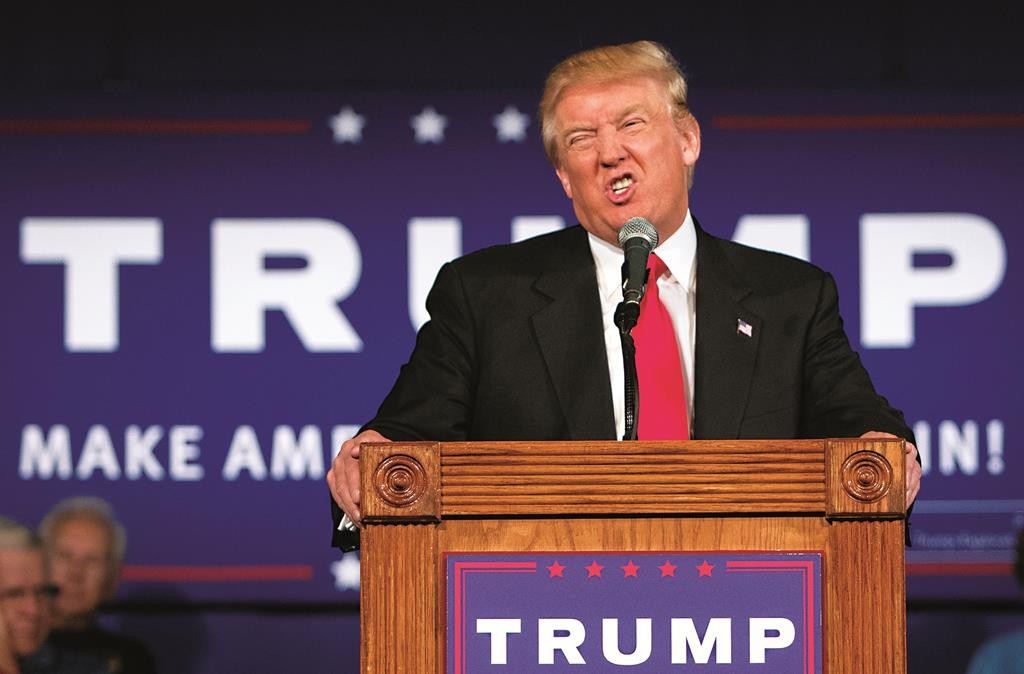 An Israeli college has conducted an opinion poll of attitudes inside Egypt and Saudi Arabia, and found virtually no support for presumptive Republican presidential nominee Donald Trump in the two Arab countries.

The survey, conducted by the Interdisciplinary Center in Herzliya, could signal trouble for Trump if he wins the November election and sets out to devise a Mideast policy. Egypt and Saudi Arabia are two of America’s most powerful and important allies in the Arab world.

When asked who their preferred candidate was, just 3.8 percent of Egyptian respondents chose Trump. In Saudi Arabia, only 6 percent favored Trump.

The presumptive Democratic nominee, Hillary Clinton, did better, though support was far from overwhelming. In Egypt, 35.7 percent of respondents chose Clinton, while in Saudi Arabia that number was 30.2 percent.

“The overall pattern is that most people … do not support either candidate, but they hate Trump essentially and one out of three support Hillary,” said survey director Alex Mintz, director of the IDC’s Institute for Policy and Strategy.

Mintz said Trump’s poor ratings were likely the result of his inflammatory comments toward Muslims. Following the attacks by Islamic terrorists in Paris and San Bernardino, California, last year, Trump called for a temporary ban on Muslims entering the U.S. He has also spoken against accepting Syrian refugees.

Mintz said the large number of respondents who preferred neither candidate — 41 percent in Egypt and 50 percent in Saudi Arabia — signaled general unhappiness with both of them.

But the discontent with the U.S. runs deeper than the presidential candidates. Just 16.7 percent of respondents in Egypt described President Barack Obama as being good or very good for the Muslim world. In Saudi Arabia, that figure was 20.1 percent.

The survey interviewed 471 respondents in Egypt, with a margin of error of 4.5 percentage points, and 464 people in Saudi Arabia, with a 4.6 point margin of error, over a six-week period.

In a novel approach, it was carried out by telephone by Arabic speakers who said they were calling from the Institute for Policy and Strategy. If pressed, they told respondents that they were located in Israel.

“We are not hiding anything,” said Eli Mograbi, who helped run the survey. Israel has a peace agreement with Egypt, but no formal relations with Saudi Arabia.

The survey was released Friday ahead of the IDC’s Herzliya Conference, an annual gathering of active and retired officials from around the world set to take place next week. Former Secretary of State Henry Kissinger as well as top Israeli politicians and security officials are scheduled to deliver addresses.