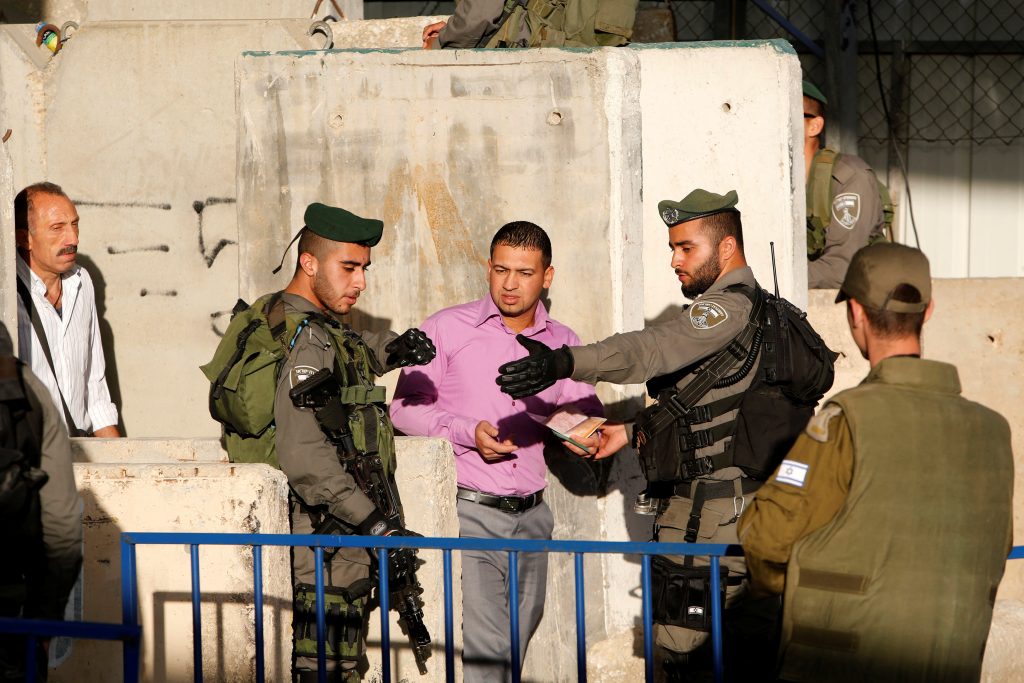 The IDF has imposed a closure on Palestinian Authority-controlled areas of Yehudah and Shomron for the duration of Shabbos and Shavuous. The closure was imposed beginning midnight Thursday, and will extend through Monday morning. Permits will be granted only for medical emergencies and other unusual events. However, PA Arabs who have permits to visit the Al-Aqsa Mosque on the first Friday of Ramadan will be allowed to attend prayers there.

Police will be out in force around Yerushalayim and especially in the Old City. Thousands of police will be on duty “in order to ensure the freedom of worship of the members of all religions, including the thousands of Muslims who wish to attend Ramadan prayers.” On Thursday, the IDF sent two divisions to Yehudah and Shomron in order to increase the presence of security forces there as well. The IDF also rolled back several of the security leniencies that had been instituted for Ramadan, canceling 83,000 entry permits for Palestinian Authority and Gaza Arabs to enter Israel.

Early Friday, two Israelis were injured in a rock-throwing attack on a bus traveling near the southern Israeli city of Dimona. Police said that the attack came from Bedouin villages in the area. The two victims were struck by glass when a window shattered due to the rock attack. Rescue services treated them on the spot, as well as several others who were treated for shock.

Also early Friday, a gang of 20 Arabs attacked Border Guards outside the Old City of Yerushalayim. The attack occurred outside one of the entrances to the Muslim Quarter adjacent to Har HaBayis. A major riot broke out, and rioters damaged property, including several police security cameras. One officer was injured when a large rock struck him. He was treated at Shaare Tzedek hospital for a broken leg. The riot was eventually dispelled, and three rioters were taken in for questioning.