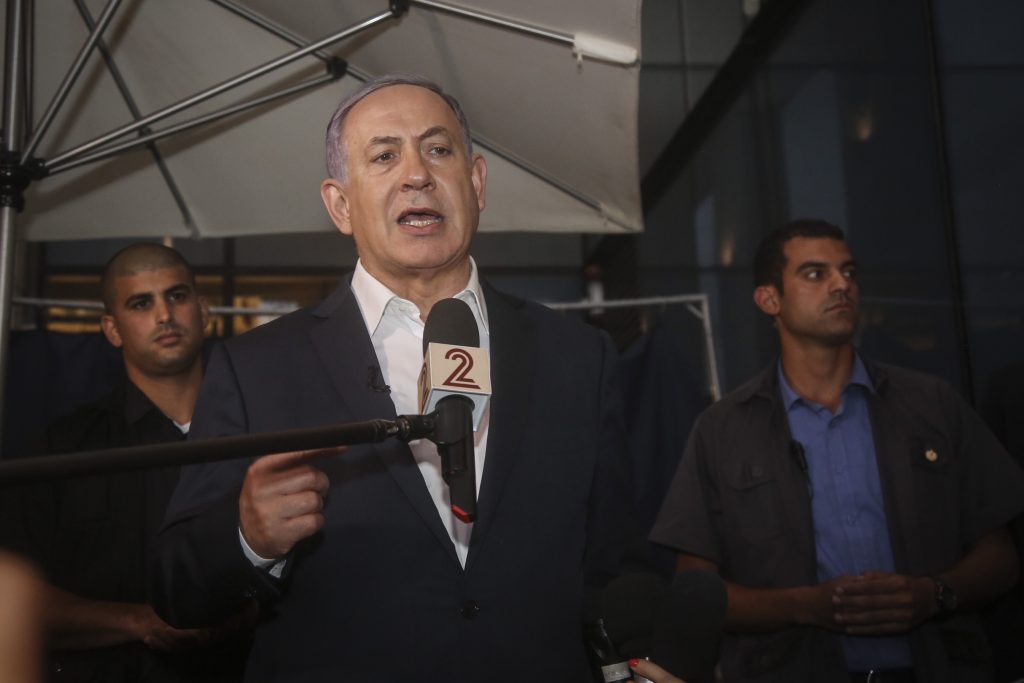 An accomplice to the two terrorists who carried out the deadly shooting in Tel Aviv has been apprehended, Israeli Prime Minister Binyamin Netanyahu announced during a visit to the site of the attack on Thursday night.

Netanyahu did not give any details of the third arrest, which was put under a gag order while the investigation proceeds.

“Four innocent Israelis who committed no crime were murdered at this spot yesterday,” he said. “We mourn their death. I know personally what terrible upheavals their families are now experiencing. Our hearts are with them and we wish the wounded a full recovery.”

Netanyahu also surveyed the measures taken by the government since the attack on Wednesday night after meetings with defense-security officials:

“We have surrounded Yatta [from where the terrorists came], we caught the man who assisted the murderers, and we took away work permits from hundreds of their clansmen.

“We canceled thousands of permits to visit Israel during the Ramadan, we beefed up forces and we decided upon further steps that I will not elaborate upon here,” he added.

The prime minister also criticized the Palestinian response to the attack:

“We did not hear condemnation from the Palestinian leaders and there were celebrations in Yehudah and Shomron and Gaza. This is who we are up against,” he said.

A carefully worded statement issued on Thursday by the office of Palestinian Authority President Mahmoud Abbas condemned terror attacks against civilians in general, without specifically mentioning the Sarona Market shootings

It said only that the PA “reaffirms its rejection of all operations that target civilians from any background regardless of the justifications.”

Then it went on to diffuse the blame for the savage violence, saying that “achieving a just peace and creating a positive climate is what (will) contribute to removing the causes of tension and violence in the region.

“Achieving peace requires everyone to stop taking any action that will increase tensions and resorting to violence,” it concluded.